Spanish Guinea was the only colony that Spain has had in Africa and, still today continues to speak Spanish as its official language. Starting from the theoretical framework of border as a fluid space of transition this essay offers a critical reading of the radio soap opera Se abren las nubes (1953) by Guillermo Sautier and Luisa Alberca which was set in the colonized country. This work, on the one hand, addresses the creation of a new Spanish social class which was present, exclusively, in the Spanish Guinea, which was made from the lower income Spanish Peninsula families. On the other hand, it reconceptualizes the way in which Guinea has been represented through radio soap opera and other media in the Franco era and, consequently, how the imaginary about the Spanish Guinea was created, and still continues in the 21st century when talking about the Guinea Equatorial (former Spanish Guinea). Moreover, this study contributes critically to rethinking how the idea of the Spanish empire has been built and offers to reread the Spanish colonial past in Africa through the Guinean perspective. 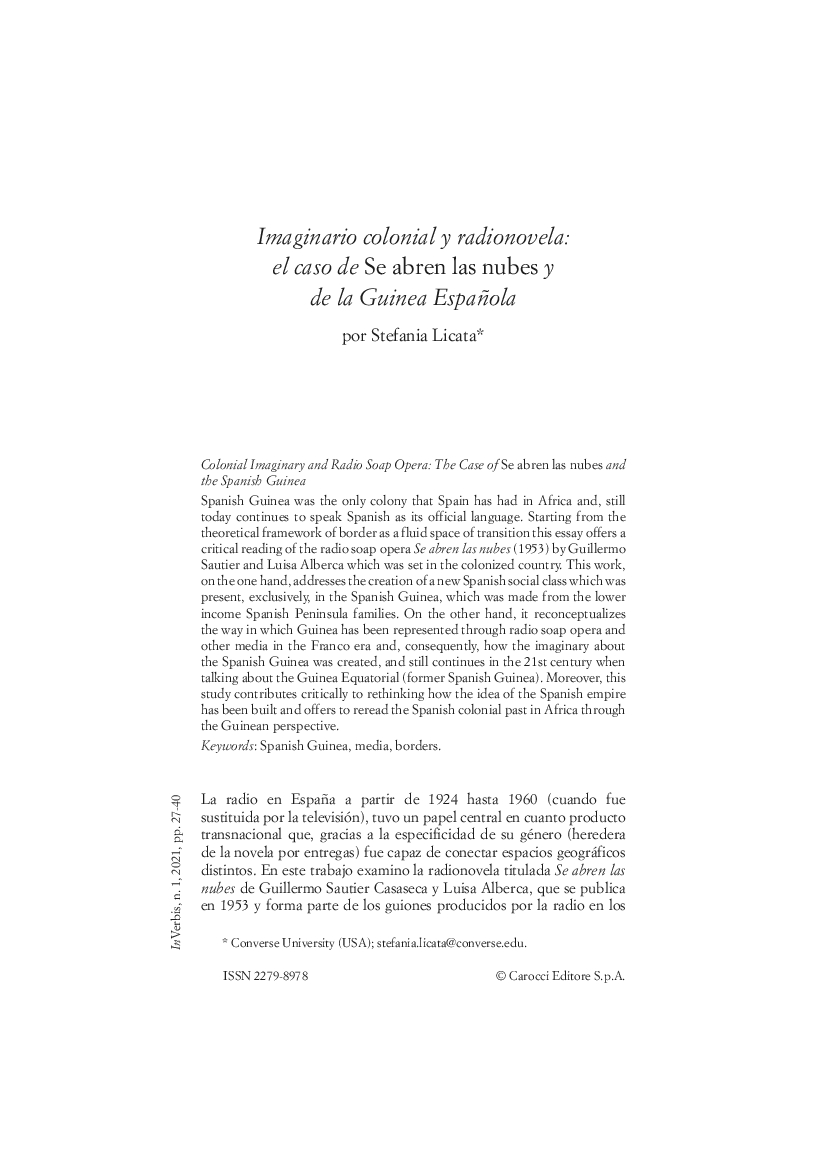