The essay illustrates the nature and meaning of Filostrato’s and Teseida’s memory in Orlando Furioso. It is a pervasive, yet pointed and accurate memory, which affects even the main episodes of the poem and reveals the influence that Boccaccio’s works had in modelling the further development of poems in octaves. In particular the paper analyzes the intertextuality between the proemium (subject definition, invocation to the woman, dedication) and the beginning of the narration (the war context, the first intervention of the narrator) in the Furioso and the corresponding semantically relevant parts of Boccaccio’s works. 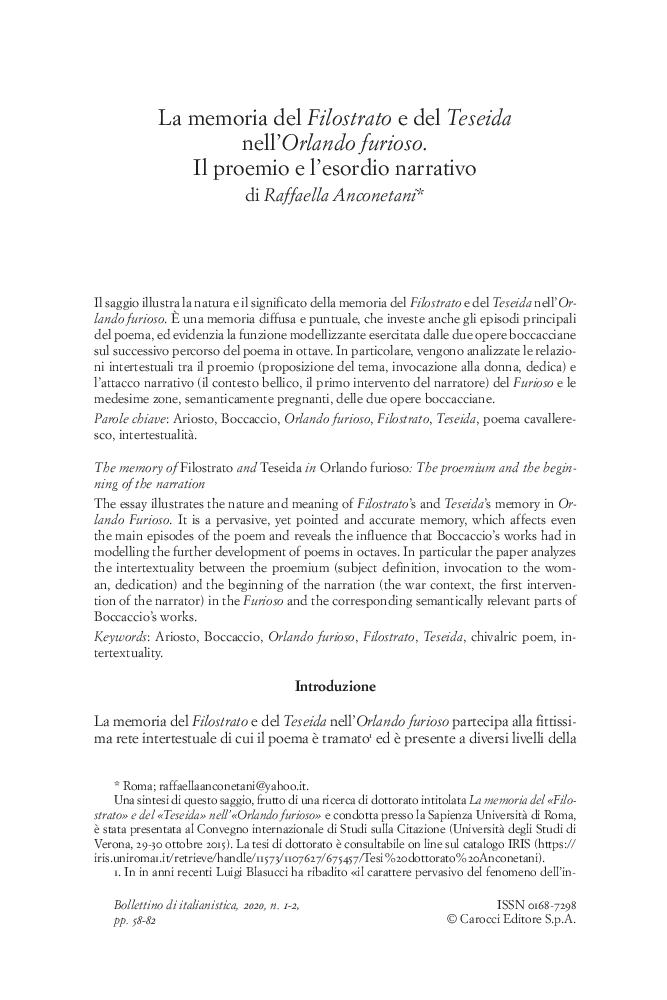