For the last sixty years Anglophone readers have read Calvino's "The Baron in the Trees" in Archibald Colquhoun's translation, published in 1959. At that time Colquhoun had a considerable reputation as a translator, but he encountered several problems when he was preparing his version of The Baron. The Italian author himself spotted major errors in this English translation, particularly regarding the names of birds and trees, and he sent the British publisher a list of corrections which unfortunately Colquhoun was not able to incorporate into his text before publication. On closer analysis, however, one sees that there really are very many mistakes and they are not just limited to the names of trees, birds and other animals. There are serious misunderstandings which at times make Colquhoun's version convey the opposite meaning to what is contained in the Italian original. Another group of errors concerns the main protagonists: for instance, in the English translation Viola turns out to be much more amorous and "good" to Cosimo. In terms of content, Colquhoun sometimes makes mistakes as regards the novel's main themes, such as reason and nature. All in all, this first English version of The Baron in the Trees was useful for Anglophone readers but not particularly felicitous. However, a new English translation was published in 2017 which appears to be much more precise than Colquhoun's. 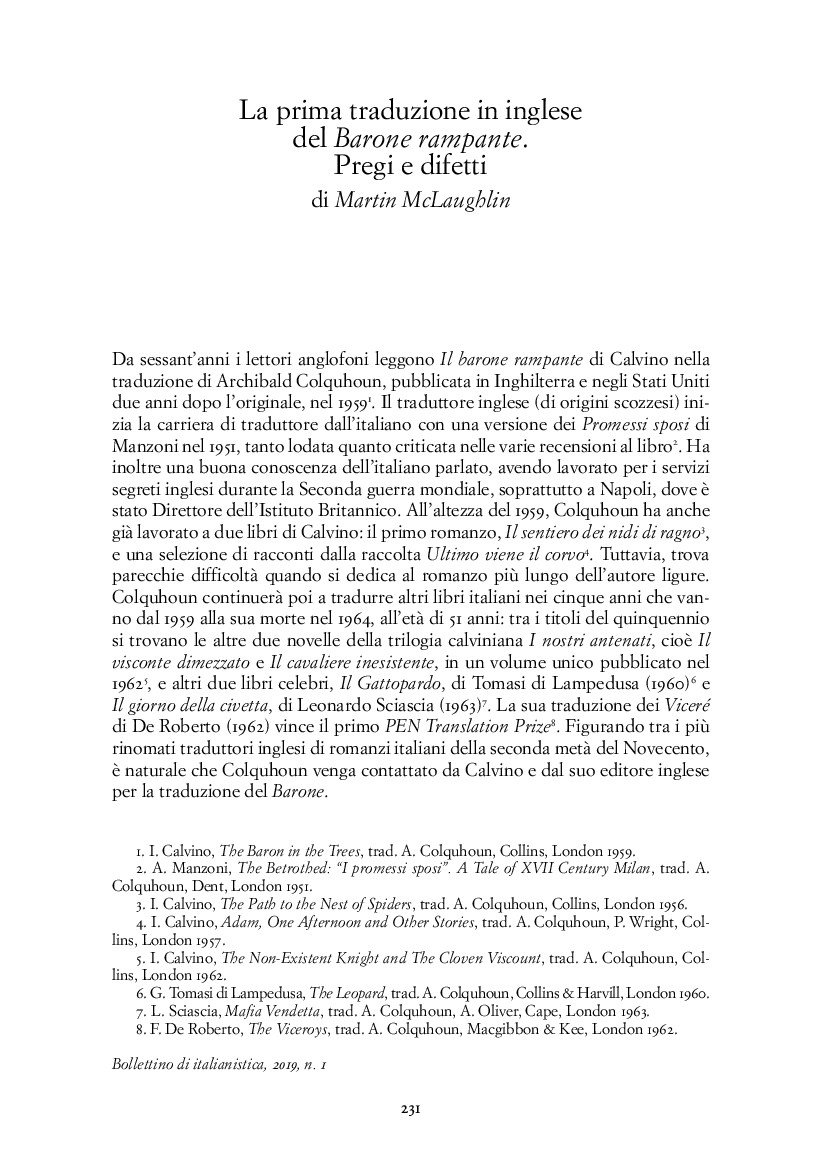