The essay reproduces the text, revised and expanded, of the Introduction to the new edition of "The Prince" by Niccolò Machiavelli, edited by Giorgio Inglese (Rome 2013). First, it faces the problem of the date of composition of the "Prince", argueing in favor of the hypothesis of a "double dating" of the treatise (respectively, in the June-July and December of 1513 for the chapters I-XI, and between January and May 1514 fot the chapters XII-XXVI); then, it assesses the cultural context and historical and political context in which the Florentine secretary conceived and matured his work, and traces the lines of the Machiavellian speech, emphasizing both the elements of continuity between the first and the second part of the "Prince" and the aspects that contribute to making the latter so "concentrated in itself". It puts attention also to those passages that have lent the "Prince" to misunderstandings and forced interpretations, with particular reference to the passage of the eighteenth chapter that has led in general to recognize in the phrase "the end justifies the means" - never laid, actually, by Machiavelli - the synthesis of his political thought. 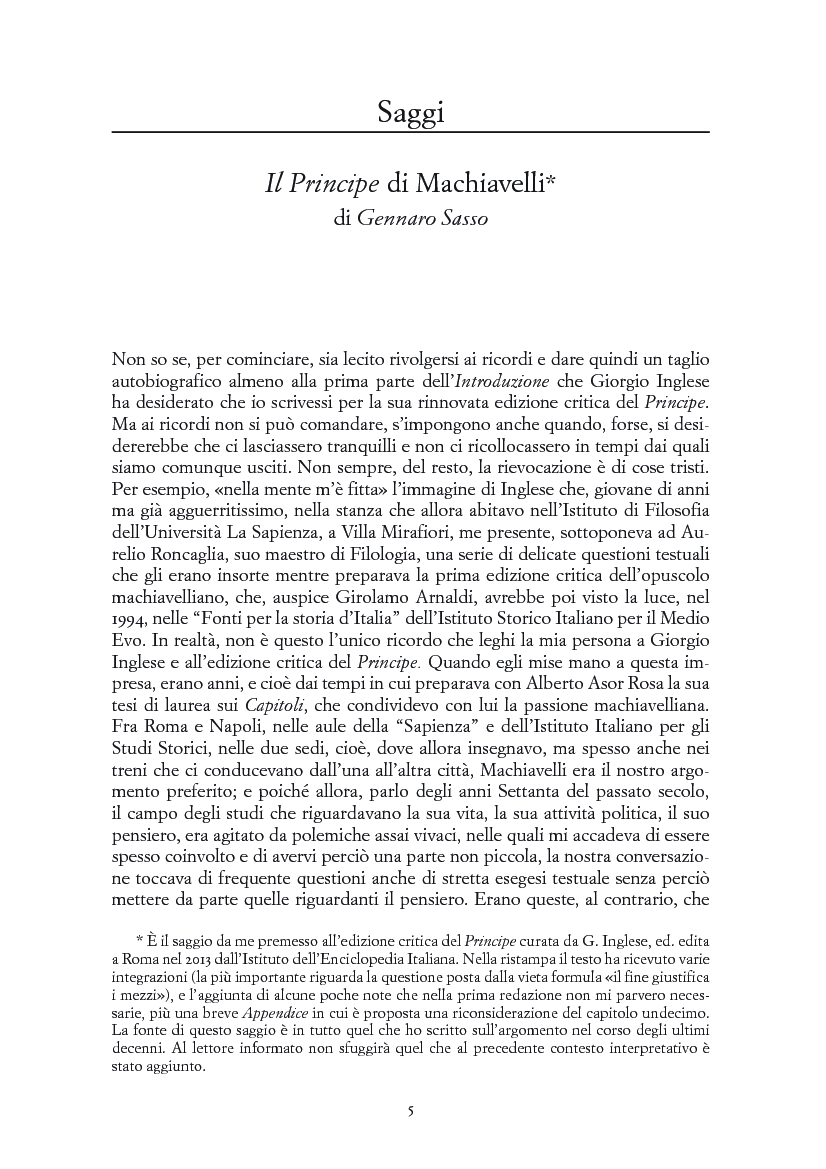