If it’s true that Emilio Cecchi wrote very fine articles and actively promoted Conradian literature, it’s also true that the first article on Joseph Conrad in Italy was published by Carlo Placci on the Florentine review ‘Il Marzocco’, in 1911, about Under Western Eyes, that had just come out. After Placci other Italian critics published articles on Conrad thinking they had discovered him. Placci was an Anglo-Florentine writer and journalist, a dandy well known in Italy, in Great Britain and all around Europe because of his acquaintance with prominent personalities of politics, culture, music, arts. Placci wrote a portrait of the Anglo-Polish author, defined as genial novelist not provided with technical capacity. Conrad was labelled as an “imperfect architectµ and his novels classified as well written sea adventure novels. Conrad answered thanking the Italian critic and explaining his point of view and the reasons for his literary choices. 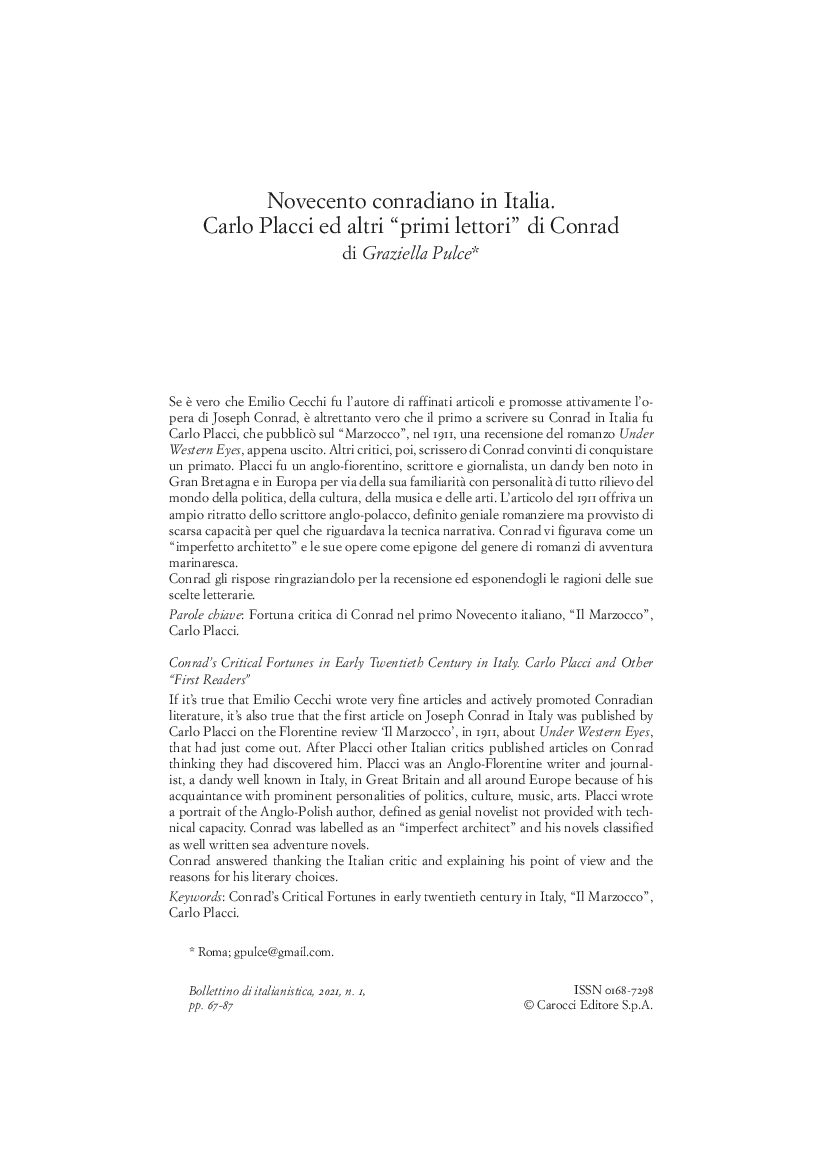