The essay discusses the chances Shakespeare had direct or second-hand knowledge of Italian narrative texts, possibly in the original Italian version, and also whether Giraldi Cinzio’s Ecatommiti (VIII ), as well as the same author’s happy-ending tragedy Epizia, along with other texts, had any influence on the justice and mercy theme in Measure for Measure. The article also deals with the theories about the tragicomic developed in Italy, which might have been known to Shakespeare, and analyzes how other 16th century Italian writers and theorists might have left some traces in that drama. 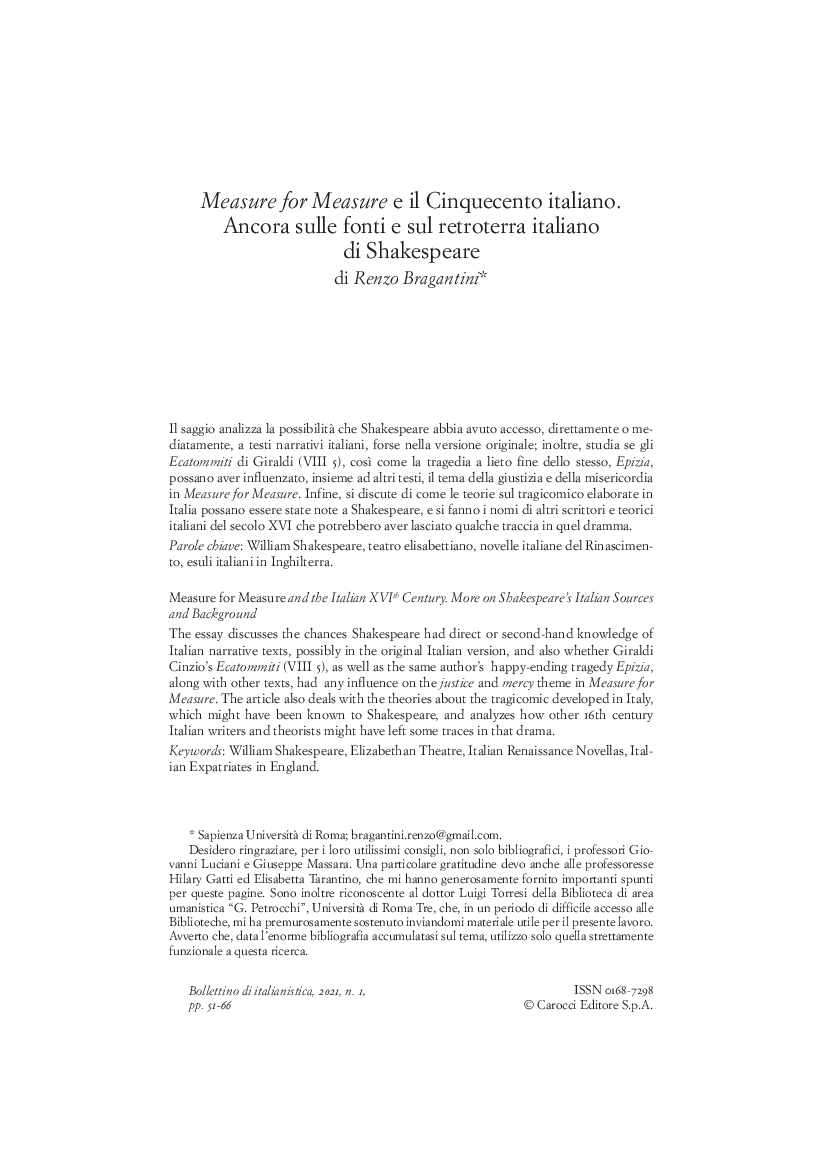