Since the advent of Web 2.0 and social media, a particularly toxic brand of antifeminism has become evident in a wide range of online networks and platforms. Indeed, the digital environment allows a new relational modality that can promote more cosmopolitan attitudes, but at the same time is likely to encourage the creation of movements marked by a more exclusive sense of identity. An example of this is the manosphere, characterized as a composite and often contradictory set of different forms of masculinities which, despite multiple internal conflicts, is generally united by an adherence to the red pill philosophy, or to one of its many variants. Although the manosphere has attracted the attention of several scholars, literature on the subject has largely overlooked the political demands made by its constituent communities. Therefore, this work aims to investigate through which discursive strategies minority and ideologically connotation movements that inhabit the manosphere try to build a widespread consensus and legitimize their political demands. Specifically, this article is focused on one of the most active and well-known realities in the Italian manosphere, the «Forum degli Incel». With more than 1300 users, about 7000 discussions and almost 420.000 total visits, this forum, thanks to its public nature, allowed us to do a naturalistic netnographic analysis, to collect valid empirical material and provide an adequate response to our research questions. Our findings suggest that their political demands are promoted and justified through alleged scientific and philosophical discourses, conveyed within an echo chamber. 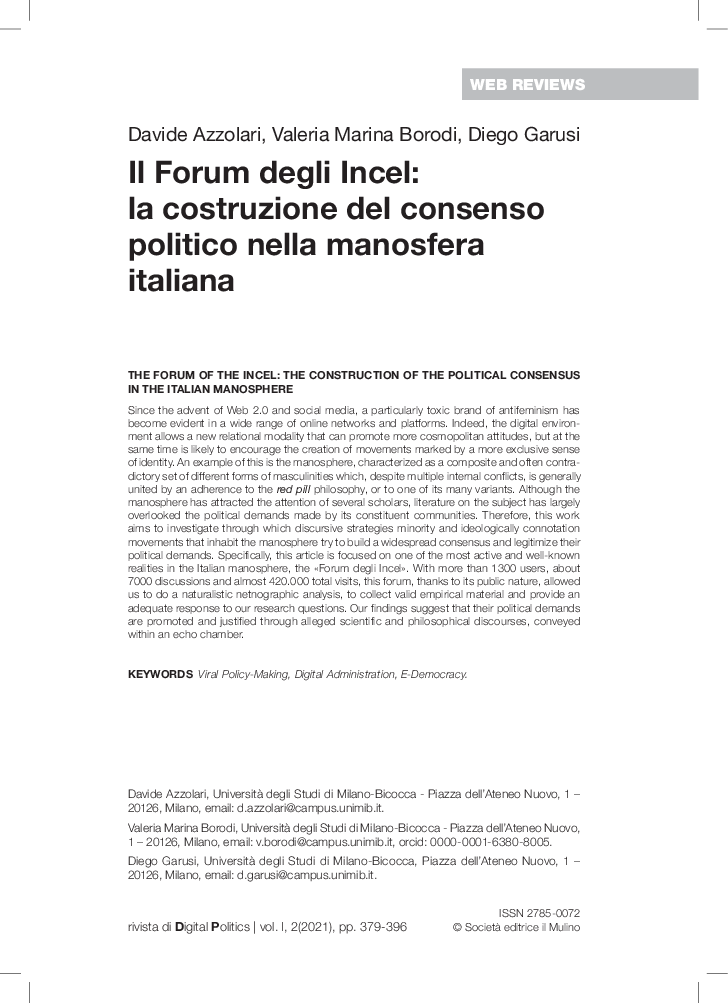