The article analyzes the transition of the main Us political parties from traditional, offline organizations into the digital world. In particular, it focuses on the technological innovations introduced by the Democratic party over the last two decades. The analysis begins with an exploration of Howard Dean’s run for the Democratic presidential nomination in 2003-2004 and reveals its enduring legacy on the Democratic innovativeness in technology over the whole period considered. Then, the article discusses the role played by the first «social media president», Barack Obama, in making the Democratic party an even more digitally-enabled organizations in which digital, data and analytics have become central components of the party technological infrastructure. The last section focuses on the consequences of Donald Trump’s election in 2016 and, more specifically, on the countermeasures that the main leaders of the Democratic party have taken, in terms of technological innovation, as a reaction to the unexpected electoral success of the Republican party. 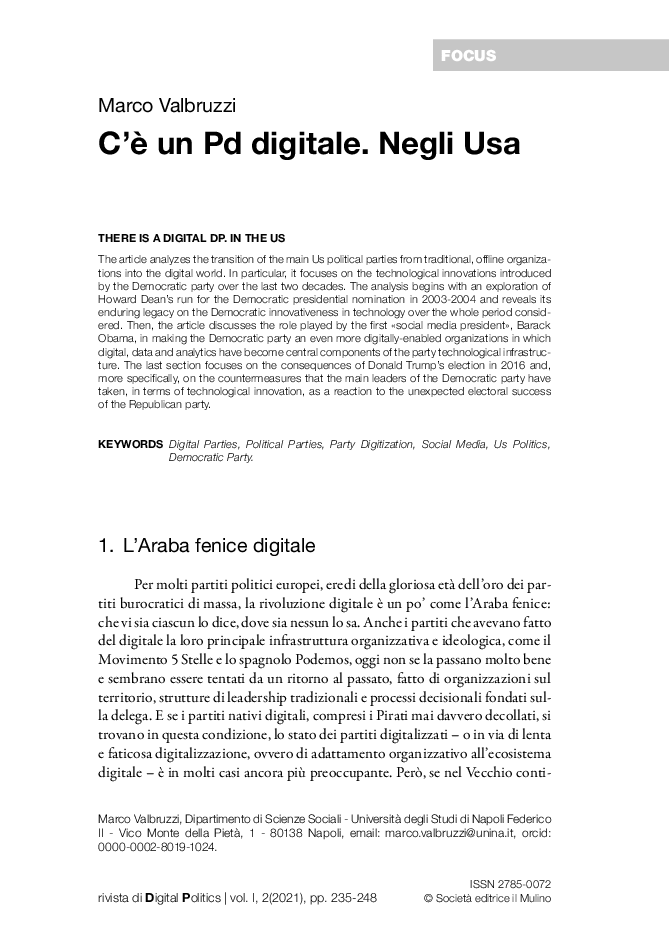