This paper focuses on the so-called ‘ontological turn’ in contemporary anthropology, and in particular on the positions of the Brazilian anthropologist Eduardo Viveiros de Castro and the generation of scholars who have welcomed and developed his approach, like Martin Holdbraad. Pointing at opening a space for ‘conceptual experimentation’ through the relationship with native thought, this ‘ontological perspective’ aims at questioning some basic assumptions of both the anthropological and philosophical tradition. On the contrary, as we will show comparing different anthropological approaches and American philosopher John R. Searle’s ‘social ontology’, we believe that, far from representing a real renewal, the ‘ontological turn’ might well end up into a ‘manneristic’ reinterpretation of some of the main standpoints of the discipline. 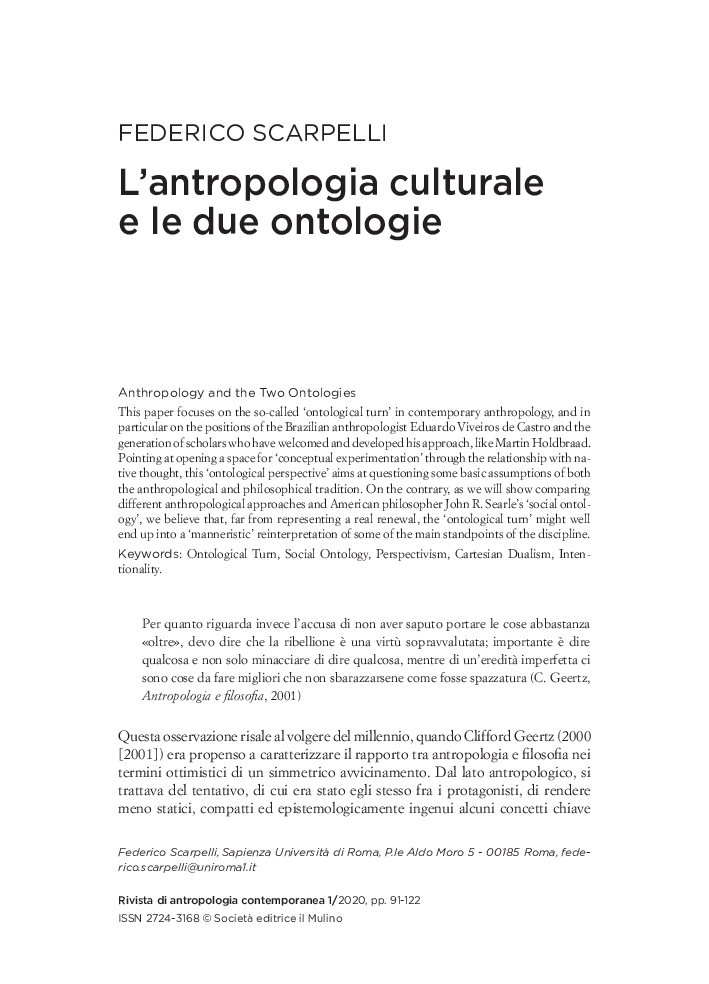