By reconsidering the trajectories of some events happened during my fieldwork (2015-2018), the paper focuses on the emergence of a subterranean discourse about the mysterious practices of a group composed mainly of young kanak and led by a visionary widow, who acted in a small village of New Caledonia. The obscure practices of this «sect», often performed in the forest undisclosed, far from the rest of the inhabitants, have been the target of an articulated network of gossip and slanders that, after two years, fueled public accusations of witchcraft moved by the adults of the village against the group. The analysis of this ethnographic case, thought as a «total social fact», highlights, on one hand, how rumors and gossips contribute to build (or make explicit) the state of tension and uncertainty on which the accusations of witchcraft are based. On the other, it stresses how the invisible, the occult and the unspeakable are not only relevant as «power tool» and as instruments of social control, but also as spaces of creative action capable of supporting practices of resistance, transgression and contestation of hierarchies. It is no coincidence, indeed, that young people are the protagonists of such actions 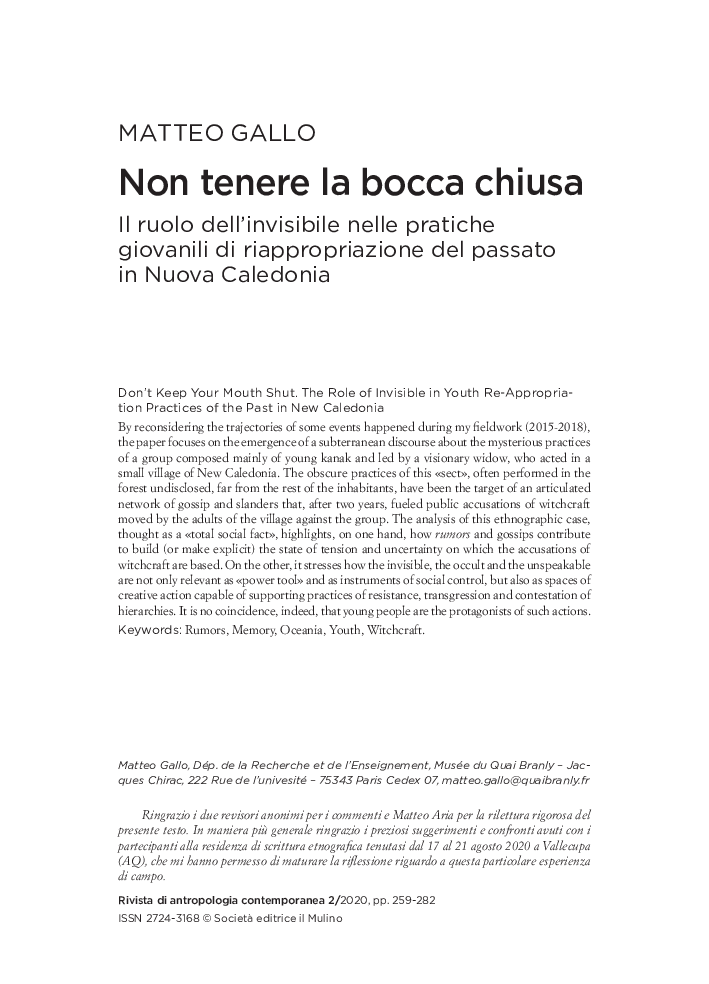