The constant involvement in war has been a central aspect of the so-called “Secondµ Italian Republic. This article concerns the conduct of war as an empirical regularity of that period. One fact in the history of the second republic stands out: during all legislatures the Italian authorities have taken decisions for war, following the Atlantic Alliance or the United States of America. Considered in the framework of the transatlantic relations and the alliance which is still its cornerstone, the period of second republic presents notable features: the first armed attack as belligerent, the first military operation «out of area», the longest war effort both in the Italian and American history. There are two distinct theoretical enquiries in the study of international politics: the character, or nature of war as a phenomenon, and the purpose and conduct of war as a policy. This article concerns the latter. The first part is articulated by an analytical proposal to frame the war cycle of the Second Republic which is considered, with a unitary extension, in the second part. 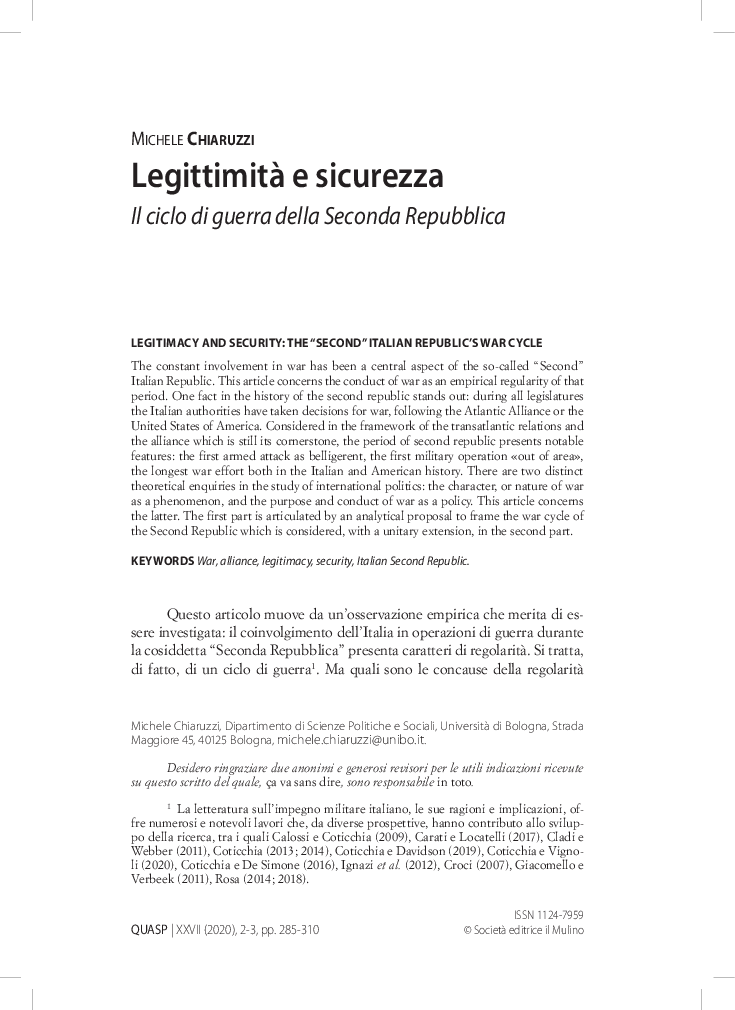