The article focuses on the phenomenon of municipal incorporations in West European countries, with a special reference to Italy. The theoretical framework involves a consideration of three aspects: the culture of municipal localism, its effects on the municipal fusions, and the loci of resistance to institutional innovation at the local level. The empirical database encompasses 70 years of changes in the quantitative profile of the European municipal systems, showing a general trend towards de-fragmentation. This trend appears stronger in North European countries, weaker in the South European ones. Italy belongs to the latter, having now reached the bottom of the ranking representing the incidence of this kind of reform at the local level, although in the last decade a significant increase in the level of de-fragmentation is recorded. 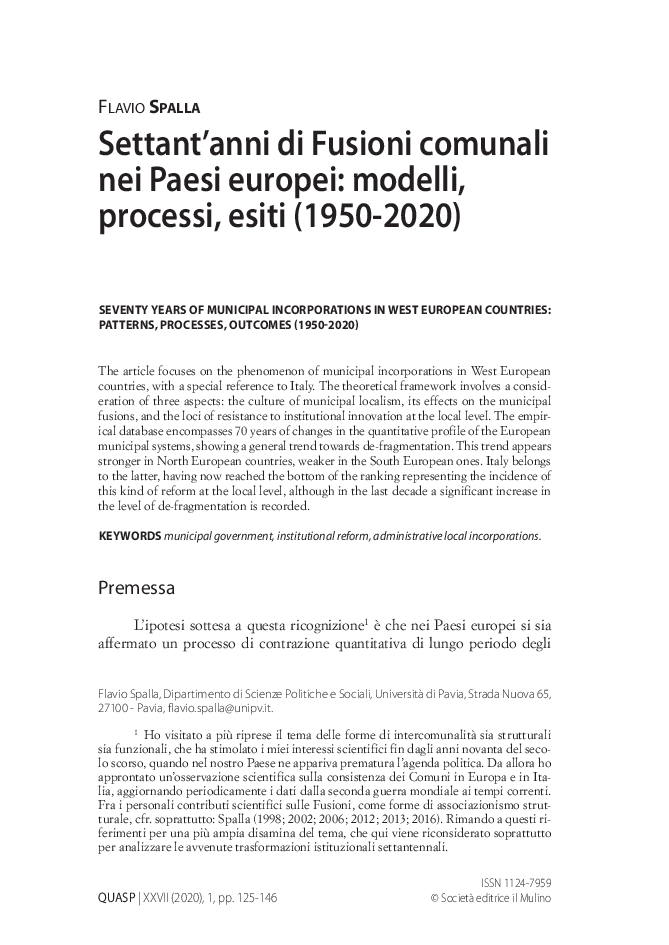