Why do international and regional organizations (IROs) keep using the liberal peacebuilding model despite its failures? During the last two decades, liberal peace has framed IRO culture, language, and viewpoints towards conflict resolution, resulting in its application to all peacebuilding operations throughout the world. The end results of these operations have showed little success, catalyzing increasing attempts to reform peacebuilding architecture. However, these attempts relying on resilience and governing from a distance have received little enthusiasm in literature. The latest United Nations (UN) and European Union (EU) documents, as well as new mission mandates, remain tied to the old liberal script, failing to resolve the existing tension between pragmatism and the universality of liberal values. Nevertheless, IROs renewed enthusiasm for adaptation suggests a much-needed search for legitimacy and indicates a window of opportunity for radical changes. Given this unique scenario, this study aims to shed light on the role of policy paradigm in the persistence of the liberal agenda, and to highlight the potential of literature on public policies and policy change in relation to understanding peacebuilding. This paper offers an interdisciplinary approach and a new theoretical insight for future empirical studies interested in the analysis of the mechanisms through which social and ideational factors inhibit or drive change in peacebuilding. 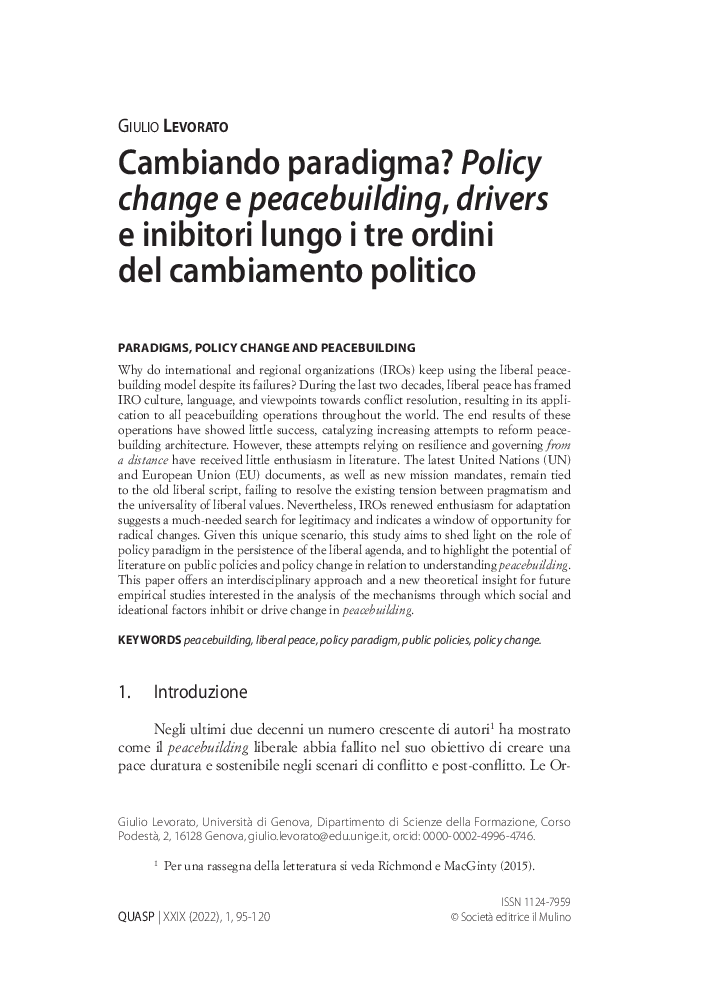