Is the Left/Right cleavage still useful in order to understand the dynamics of the political conflict in a time when traditional party affiliations are suffering from a deep crisis and the ideologies that have marked the history of the twentieth century are proving unable to mobilize citizens as they did in the past? Some relevant contemporary political trends, such as the electoral success of ecological and populist movements, have prompted the scientific community to question the persistent validity and the theoretical coherence of these two categories of analysis of political geography. This article tries to ascertain the state of the art of this debate, comparing and discussing the contributions of influential authors such as J.A. Laponce, Norberto Bobbio, Marcel Gauchet, René Rémond, Giovanni Sartori. 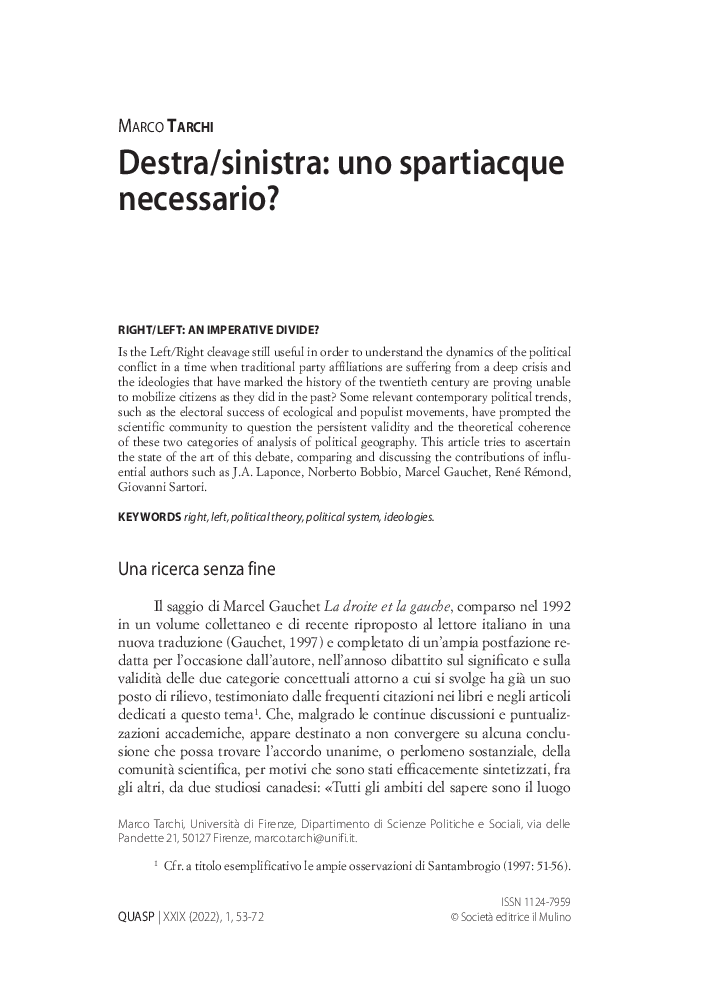