The article investigates how the concept of National Interest (NI), despite its analytical weakness, can be a useful critical tool to evaluate states’ actions. Analysing the United Kingdom’s choice to leave the EU, which was presented as upholding NI and was confirmed by the results of the referendum, this article illustrates the critical potential of the concept. Referencing the main theories that have studied NI, whether making it the focus of their reflections or only briefly touching on it, we have tried to extrapolate its essential components and applied them to Brexit’s expected outcomes. The total uncertainty on the effective execution of Brexit, the negative consequences on the economy, the triggering of tensions on various levels, potentially leading to a separation of the country, seem to betray the fact that Brexit was not a choice determined by NI, but instead a consequence of electoral needs and personal ambitions. Returning to NI in the contemporary political context, emphasizing its critical potential, is especially valuable at a time of rising populism. New case studies will contribute to refining the critical use of NI, making it a more analytically powerful tool. 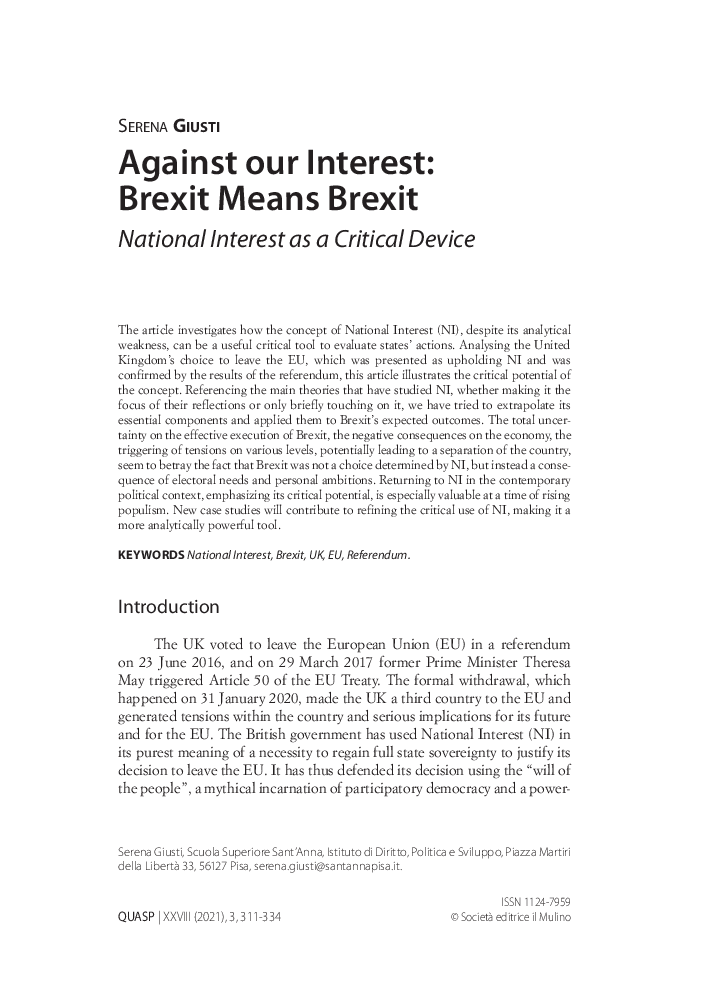