The difficult question raised by Moses’ role in The Prince is whether Machiavelli was being ironic in suggesting that Moses was not comparable with his other examples of new leaders, since they succeeded through their own ability whereas Moses was simply carrying out God’s commands,‘as his executor’. The problem is approached here from three different perspectives. First, from Moses’ role in the cultural debates in Florence, where he was both admired as a prophet and an ancient magus and criticized as the model for Savonarola’s contentious religious mission. Secondly, from the perspective of Savonarola’s sermons and the impact his personification of Moses as a political leader had on Machiavelli. And lastly from the wider perspective of Machiavelli’s view of the world, God, and politics as a writer and pragmatic secretary in the chancery. Together they help to inte- grate Machiavelli’s Moses as a man of action rather than a holy prophet, admired for his political acuity and his ability to seize the chance when it came to found a new popular state 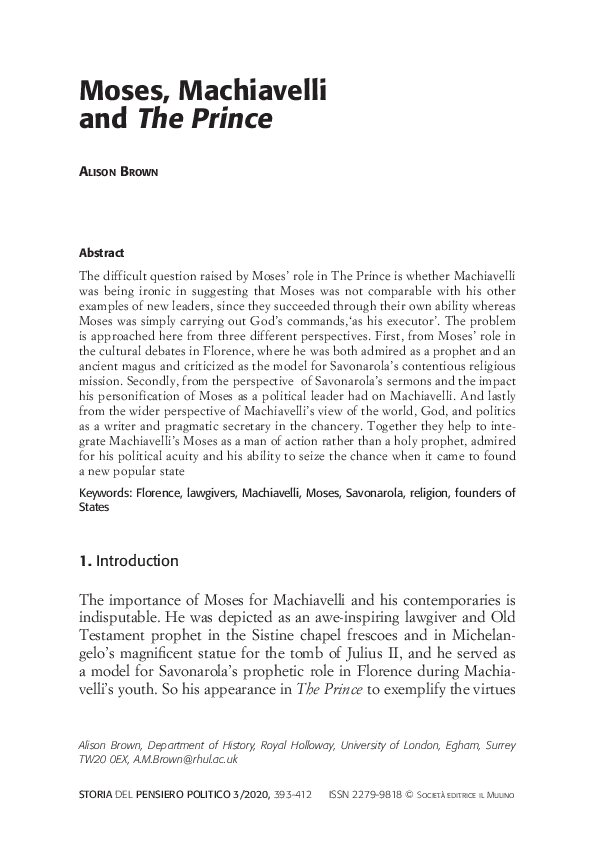