This essay aims at discussing the ideological developments of the American reactionary right over the last thirty years. The starting point is Paleoconservatism, a politicalphilosophical current that emerged in the 1980s, in favor of anti-immigrant politics, an isolationist foreign policy, and economic nationalism. The article focuses on intellectuals such as Samuel Francis and Paul Gottfried, who laid the theoretical basis for the transistion from Paleoconservatism to the Alt-Right. In this perspective, crucial issues were the critique of liberal democracy, the polemic against neoconservatism, and the resumption of white nationalism. The web and social media favored then the spread of the Alt-Right's ideology. Finally, a «moderate» version of it, the so-called Alt-Lite, gained great visibility with Donald Trump's victory in the 2016 presidential election. 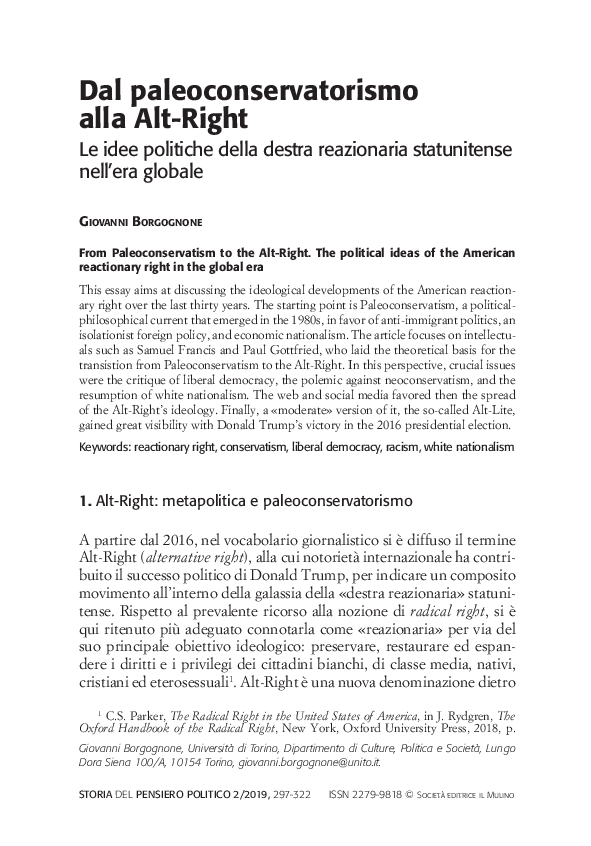