This article argues that the concept of «populism» is the result of a «re-invention» accomplished by social sciences. First, the paper reconstructs the history of the concept, identifying five different stages: a) the Russian populism of the late nineteenth century; b) the People's Party in the United States; c) the Perón and Vargas regimes in Argentina and Brazil; d) the reformulation carried out by social sciences in the Fifties and Sixties; e) the subsequent extension of the concept to Western Europe. According to the article, the crucial turning point took place in the 1950s, when, due to the shock caused by the «witch hunt», social sciences «assembled» in a single theoretical category the traits of heterogeneous movements. In particular, the concept was the subject of two processes of «expansion»: first, the populism of the People's Party became a specific tradition of American political culture; secondly, the concept expanded geographically, because it coincided with a form of political extremism, characterized by anti-intellectualism, conspiracy obsessions, intolerance towards foreigners and elites. 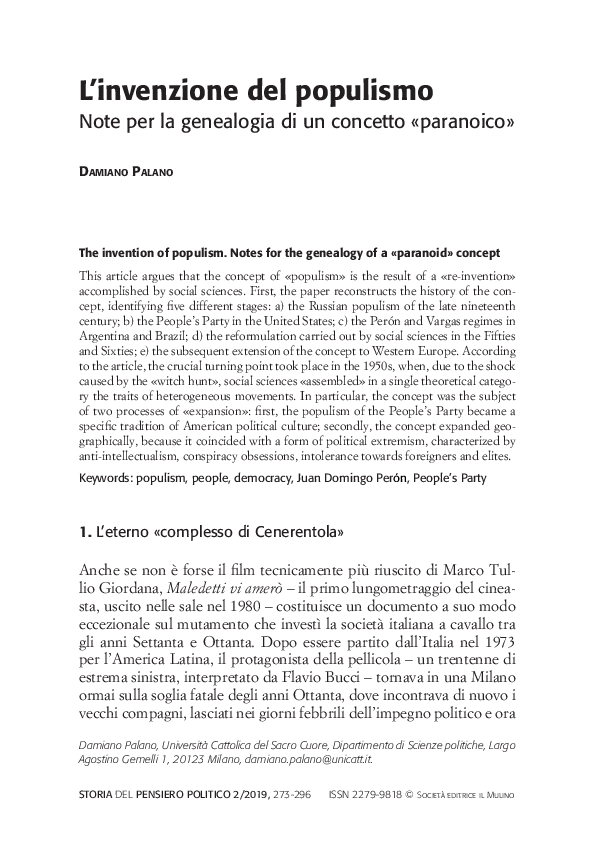