The essay, using mostly primary sources, examines the figure of Harriet Lathrop Dunham, known in Italy as Etta De Viti de Marco. Wife of Antonio De Viti de Marco, the eminent economist and parliamentarian, she was a fervent supporter of her husband's democratic ideals and free-trade campaign, of religious modernism and Montessorian pedagogy. Very active in the international network of women's emancipation movements, she was a militant in the National Council of Italian Women, and one of the founders of the Industrie Femminili Italiane, a group of textile workshops designed to promote women's active citizenship through work. Her published articles include two noteworthy political analyses of the international situation in «Giornale degli economisti ». 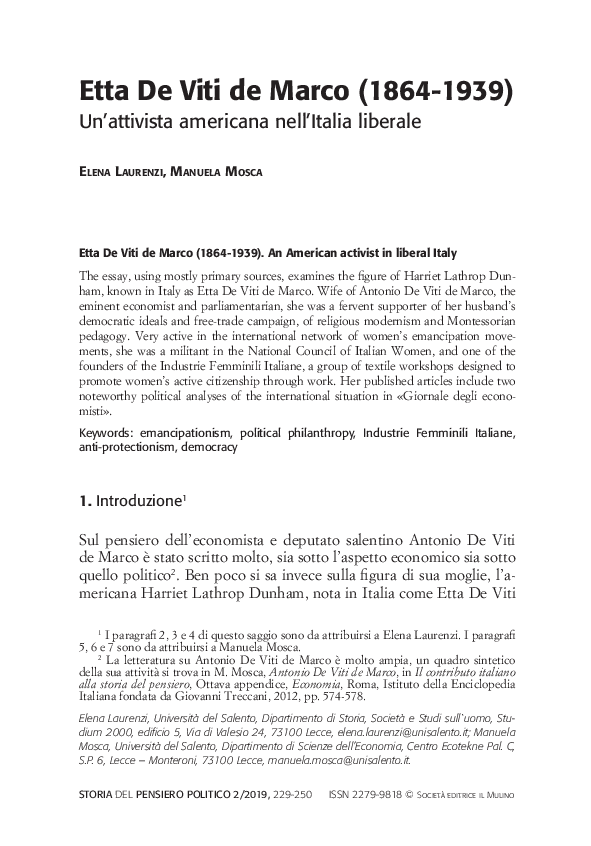