After a comparison of Nasser with Julius Caesar (the .democratic dictator.) and Machiavelli (the pragmatic politician) and a short discussion of Nasser's non-Marxist, but .Islamic. socialism, the article focuses mainly on the posthumous effects of Nasserism. On the international level, pan-Arabism and non-alignment have been destroyed by local particularism, and the whole Middle East lost definitely the stabilizing pivot Nasser represented in the Fifties and Sixties; on the domestic Egyptian level, the total de-Nasserization in politics, economy and social policy carried out by Sādāt and Mubārak weakened and impoverished the country rather than implementing and improving democracy and welfare. If Nasser's myth, coupled with Islam, continues to foster hopes of national and popular rescue, after the so-called .Arab spring. Egyptian regime reproduced dictatorship without Nasser's charisma and far-sighting. 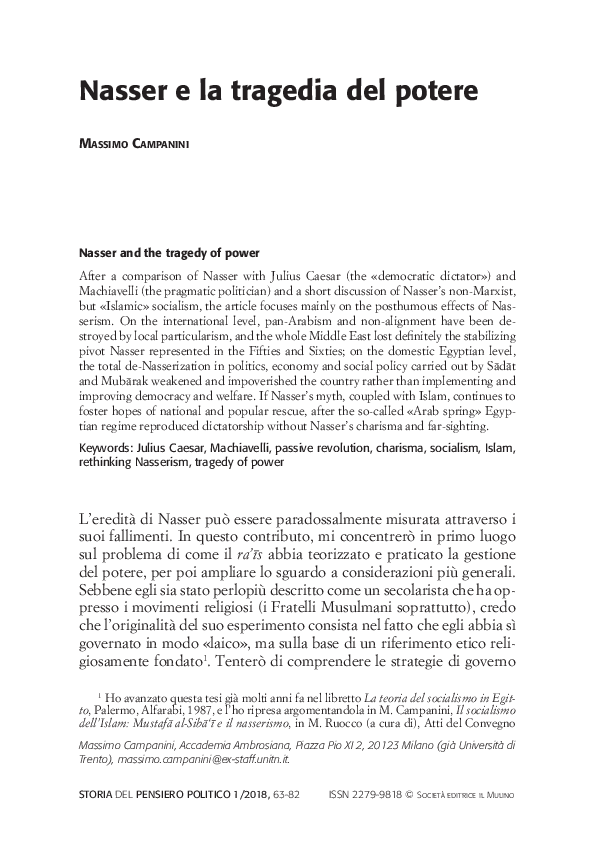