This article aims to critically engage with Nasser regime's policies toward women, as well as with its ideological stances regarding gender roles in the Egyptian society. It will do so by casting light on the contradictory effects that the modernization projects carried out by the Egyptian state have had on women's empowerment, in the political, social, cultural and juridical fields. The purpose of this article is to highlight how the goal of the state modernization projects was not women's liberation per se, but rather the transformation of women in modern political subjects engaged in the task of building a modern, independent nation. A nation-building program that had its roots in earlier colonial and nationalist projects and that, as this article is meant to demonstrate, shares many similarities with the competing - and apparently opposite -project of modernity promoted by political Islam. 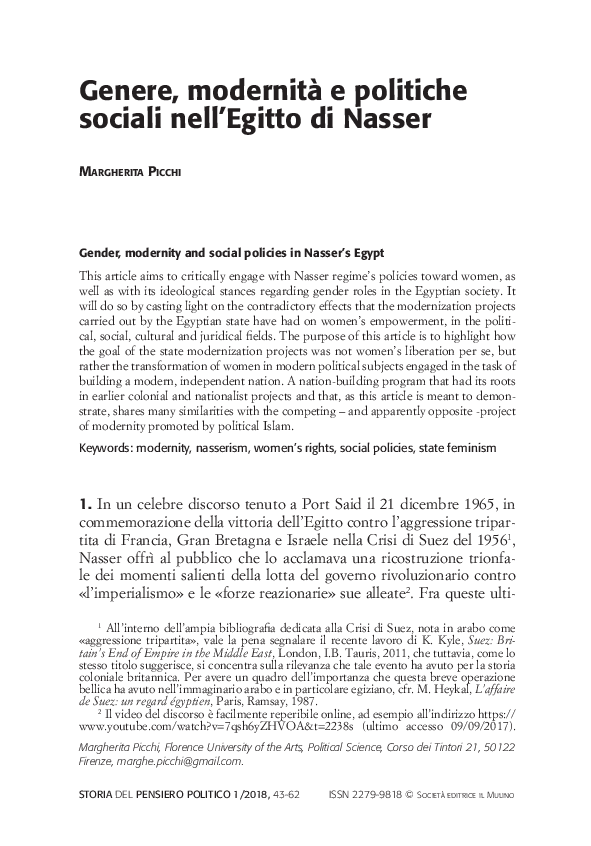