Moving from a discussion of the liberal interpretations of Jeremy Bentham's political thought, this paper analyses the role played by the public opinion Tribunal within his constitutional project. It is argued that in Bentham's view this institution should perform a societal function and affect not only the governors, but also the governed, who are supposed to be its «functionaries». The paper provides a reading of Bentham's theory of public opinion and its constitutional role within the frames of the American and the French Revolution. Bentham's conception of opinion is compared with those articulated by some of his main theoretical sources, such as Hobbes, Locke, Hume, De Lolme, and Necker. Through this comparison, Bentham's science of opinion will be exposed as the effect of his understanding of society as a space characterized by an immanent normativity, that must be incorporated and institutionalized by legislation and the constitutional code. 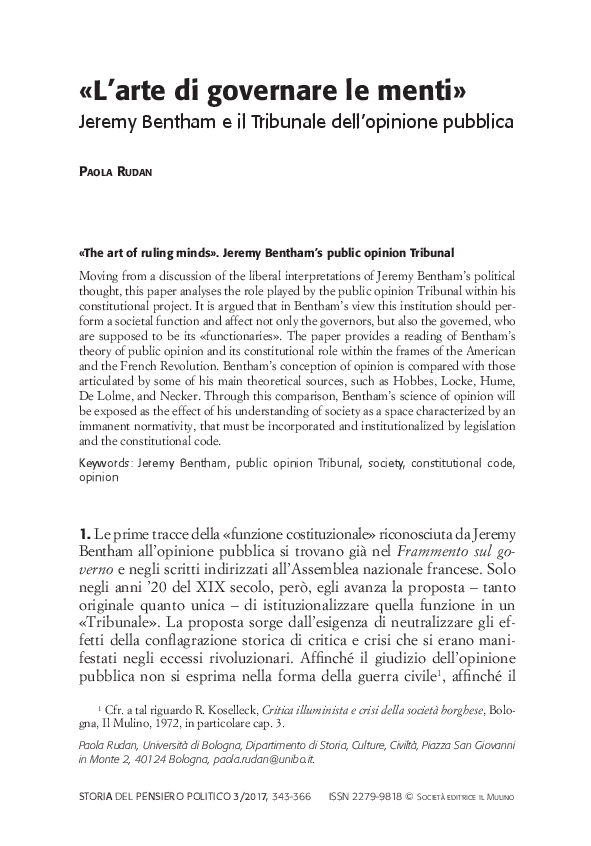