First published just over twenty years ago, "La Mésentente" is an important text in Jacques Rancière's oeuvre. This paper examines a few of its complexities: the logic of the mésentente, the relationship between philosophy and politics, and post-democracy. In this way, the author's thought will be evaluated in light of its critics and the debate into which it was inserted. Further, emphasis will be placed on the way his discourse suggests a «suspensive» dynamic of recognition which, despite some problematic knots, presents itself as an experience that twists the wrong to which someone has been subjected. Therefore, attempting an assessment of the book, this paper states that there may be found, in the reflection on the notion of «la politique», both the result of his theoretical itinerary and the most enduring legacy of his work. 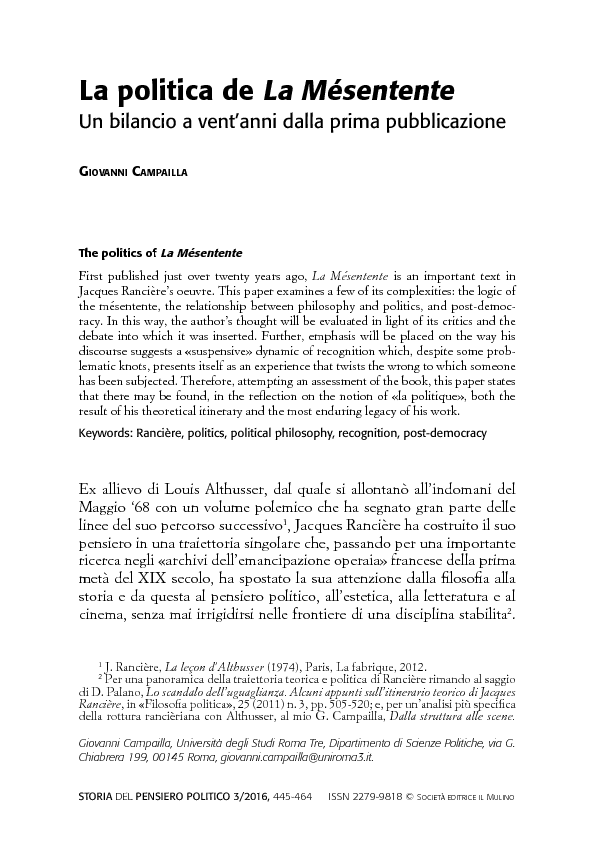