Among the variety of readers of Étienne de La Boétie through history, many were in Geneva, where the text was published very early on. The great author from Geneva, Jean-Jacques Rousseau, may have known this text since his early years. The article analyzes the influence that La Boétie may have had on the first text of Rousseau, "Le Discours sur les Sciences et les Arts", drawing on previous analyses by Miguel Abensour. This reading of Rousseau with La Boétie in mind also builds on the famous article Leo Strauss dedicated to the first "Discours" of Rousseau, but reaches fundamentally opposite conclusions. This article, closer to the understanding that Ernst Cassirer had of Rousseau, attempts to explore this potential relationship between Rousseau and La Boétie and to understand where this can lead us in our view of a different Rousseau. 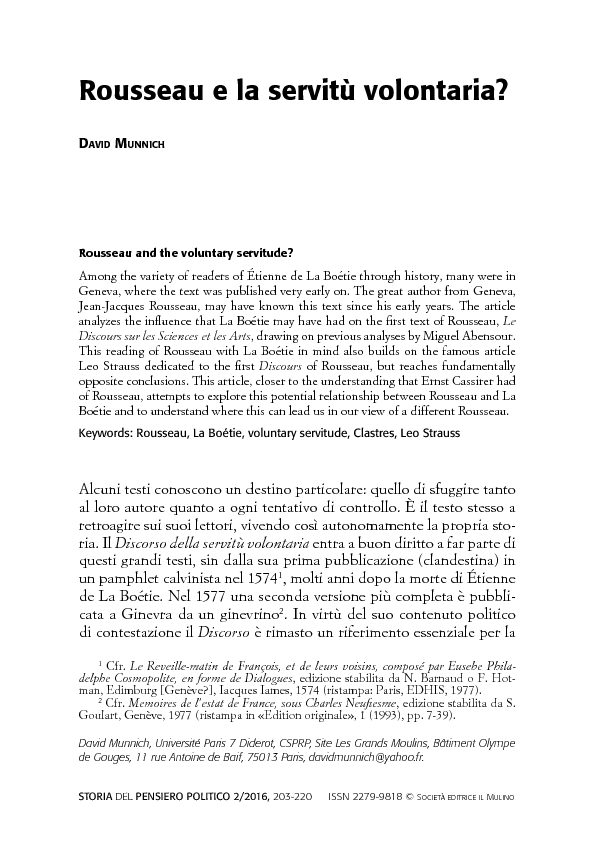