The concept of freedom permits a critical analysis of Rousseau's political philosophy; in fact, because of its conceptual meaningfulness, that is not in contrast with its substantial theoretical unity, it is a bridge between «les hommes tels qu'ils sont» and «les loix telles qu'elles peuvent être». In Rousseau's works we may find - in addition to independence, which does not correspond perfectly with freedom - the themes of moral, political or civil freedom, but also the concept of anthropological freedom, which, like equality, is a constitutive peculiarity of human nature. This essay analyses the relationship between political and anthropological freedom: if, on the one hand, political freedom is possible because man has a free nature, on the other, only in a society founded on rousseauian social contract, where the citizen is free, can anthropological freedom appear completely and without obstacles. 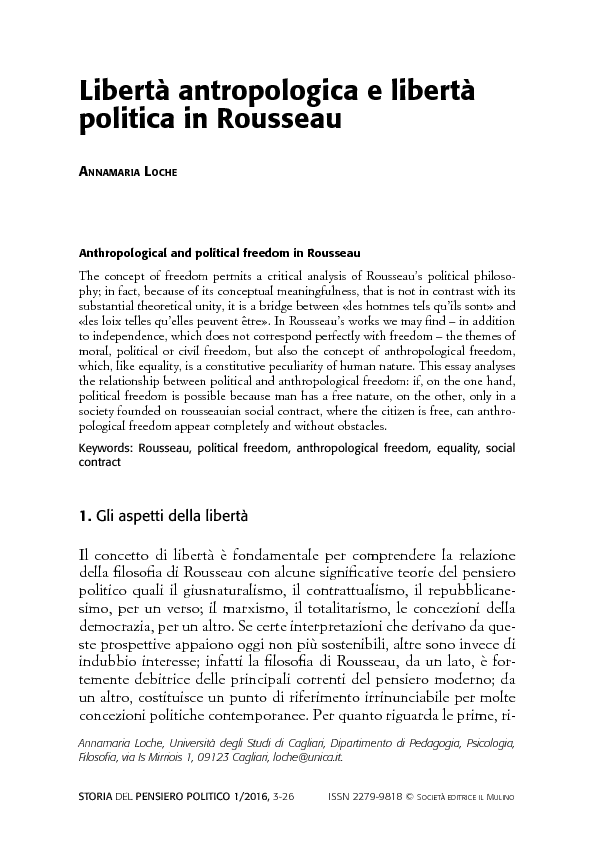