In her famous book, "Eichmann in Jerusalem: A Report on the Banality of Evil" (1963), Hannah Arendt described Eichmann as a banal, ordinary man and as a mere executor of orders, with no independent thought. Recently, Bettina Stangneth, in "Eichmann before Jerusalem: The Life of a Mass Murderer Unexamined" (2014), on the basis of a comprehensive documentation found in many archives (the "Argentina Papers", dictated by Eichmann), profoundly modifies Arendt's judgment and states Eichmann played a leading role in the extermination of the Jews and did so with great talent and personality. This article looks over the two volumes, comparing them and concluding that Stangneth's book is a watershed in the trial on Eichmann and his action during the years of the Shoah. 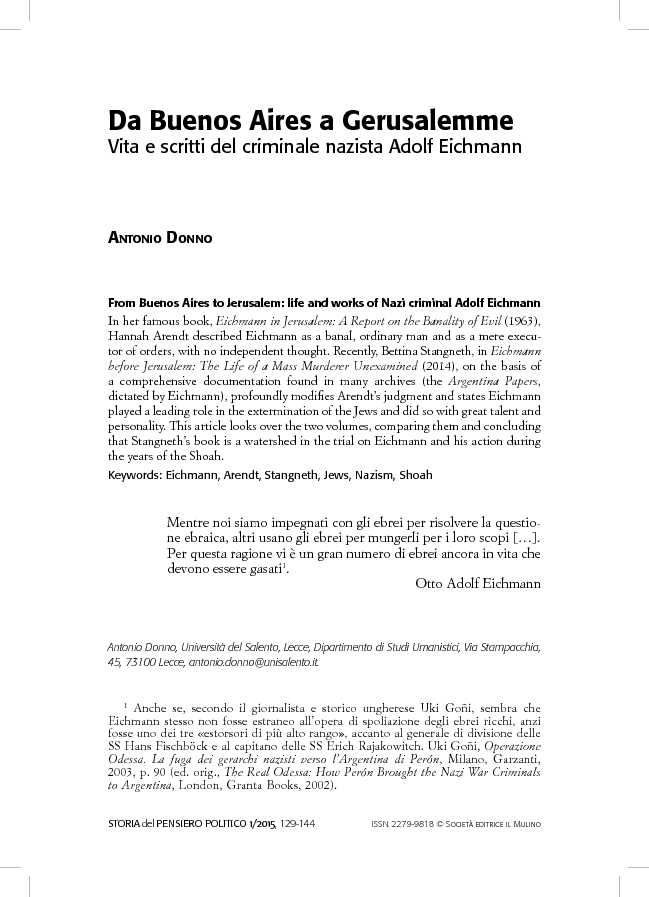