The interdependence between political ideas and historical narrative has been the subject of intense scrutiny in the last decades. Focusing on the political ideas underlying the historical narrative in three Italian literary texts written between the end of the thirteenth and the first half of the fourteenth century: the anonymous Intelligenza, the Amorosa Visione by Giovanni Boccaccio, and the Dittamondo by Fazio degli Uberti, this paper highlights the association of text and image in their account of Ancient History and suggests that these authors develop - against the backdrop of the political crisis in Tuscany and Italy - a new and more political interpretation of the themes traditionally associated with the history of Troy, Thebes and Rome, especially those of the pride of the sovereigns and the moral blindness which leads to tyranny. 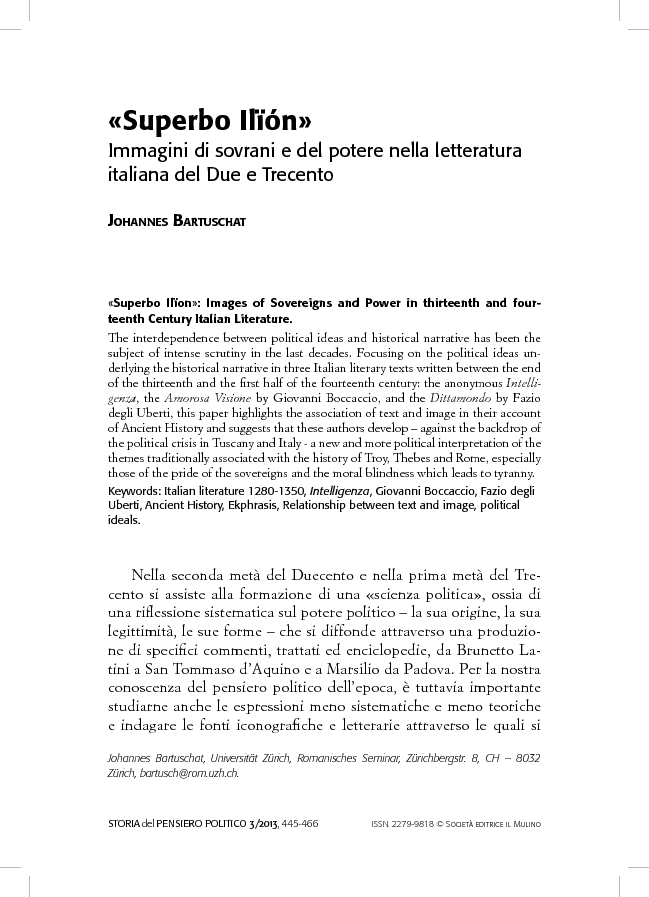