This contribution analyzes various medieval authors' visual images that denote the image and the person of Cato of Utica during the trial of Catiline's accomplices at Rome in December 63 BCE. The two texts examined in detail - the anonymous Fais des Rommains (1213-1214) and the works of Brunetto Latini (ca. 1260) - are based in particular on an authority from Antiquity, Sallust. They refer not only to the historical Cato, who was then 42 years old and had the office of tribune, but also, through the mediation of Sallust, to a Cato who represents a more general form of virtue, that of the (Roman) citizen, a virtue that was received differently according to the context and period. 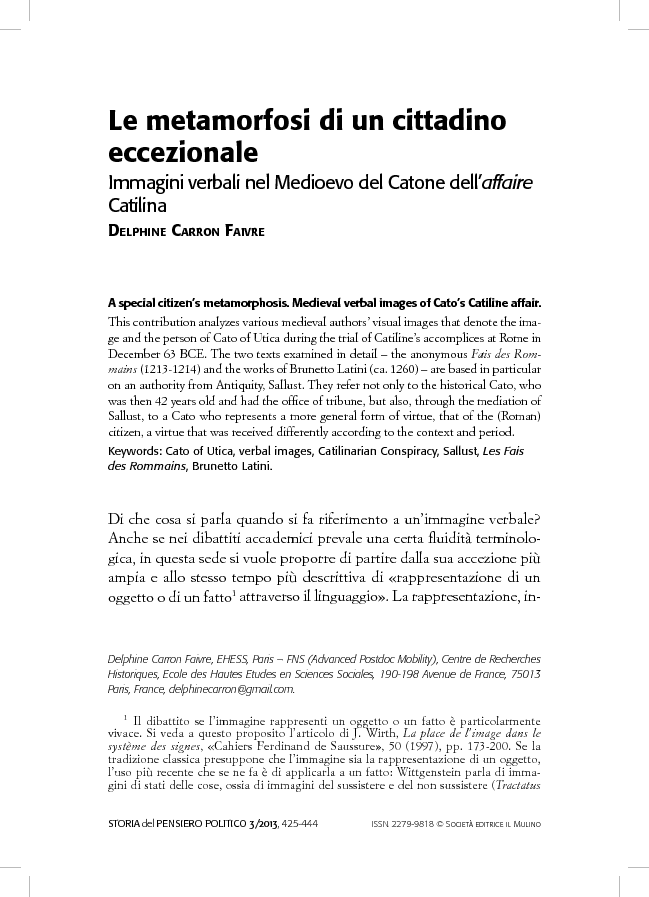