The present essay pursues a new line of enquiry into the classical influence on medieval political thinking by focusing on the medieval discussions of the functional diversification of the political community. While the medieval discussion of the functional parts including warriors is often shaped by Aristotelian language, the understanding of the function of the military part in the community was often rooted in the military knowledge of the ancient Roman military thinker, Vegetius (fl. fourth century CE). Excavating the Vegetian tradition will contribute further to the historical understanding of the limits of the Aristotelian impact, as well as the diversity of the classical influence, on medieval political thinking. 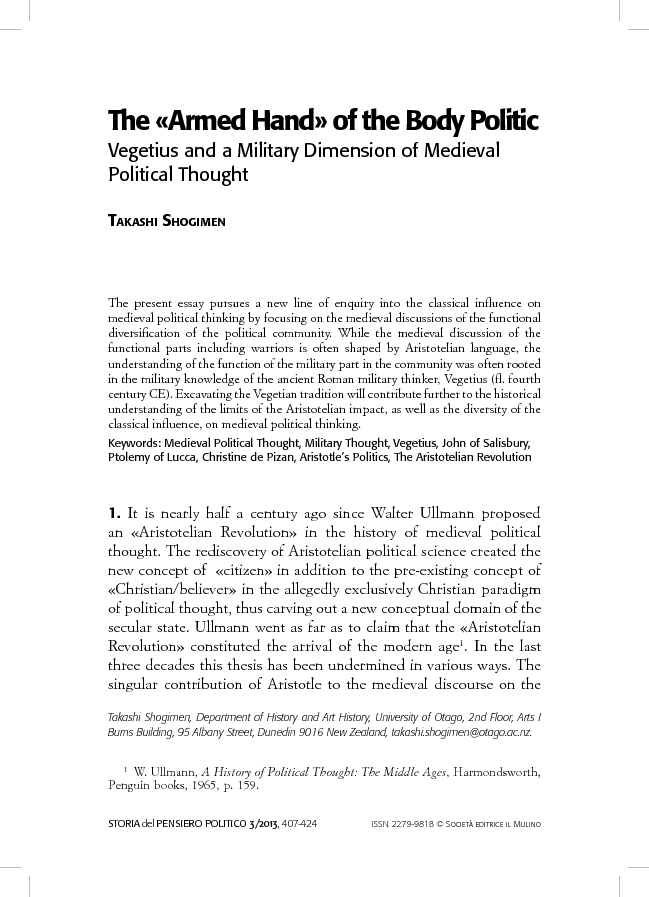