This paper examines the use of the «two swords» analogy in medieval political writing, from the early Christian period through the fourteenth century. Throughout the Middle Ages, writers used swords, and particularly the discussion of the two swords in Luke 22:38, to stand for authority, both religious and temporal. In some cases sword analogies were used to argue for the separate origins of political and religious authority; in other cases writers used swords to defend the papacy's involvement in temporal politics. Although there is no correct interpretation of the «two swords», examining these writings can provide valuable insight into the ways in which medieval writers were able to reconfigure, and in some cases manipulate, source material to serve their own political ends. Thus, the «two swords» is itself not a theory, but rather a linguistic trope that could be deployed for a variety of interesting purposes. 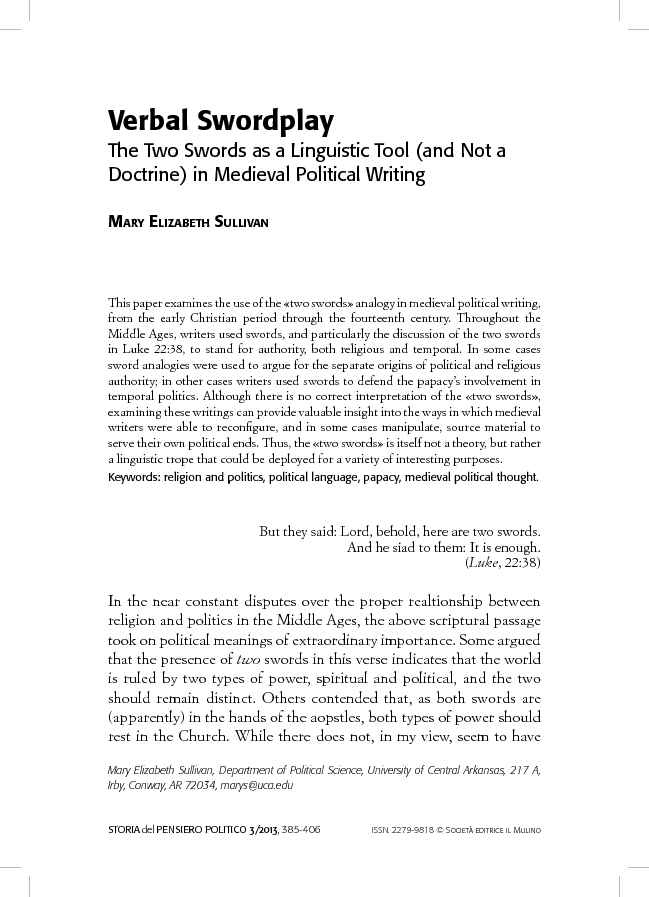