In order to return historical depth to the domestic analogy of abbé de Saint-Pierre's projects for perpetual peace, we have to analyze the intellectual paradigms that he borrows from the modern natural law through the translations of, Hobbes, Locke and Pufendorf. Such paradigms show a strictly rationalist approach if read in the light of the French moralists science de l'homme diffusely meditated by the author. This experience mediated by a deep intellectual exchange with his friend Fontenelle deserves a close examination in order to avoid anachronistic readings, often invalided by the criticisms of Philosophes who examined his projects. Only in this way the conceptual and epistemological caesuras, hidden behind the creation of an international arbitral institution, can come out. 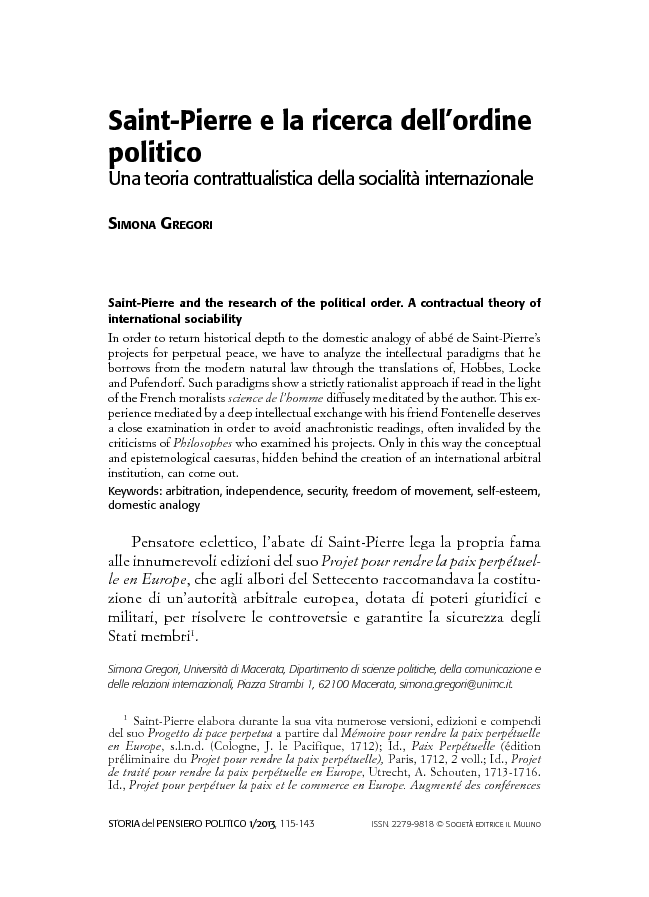