Social contract theory attributes to the State the role of «guarantor» or «protector » against the social violence it is meant to pacify. We must, however, distinguish on this matter between the different theorists of the social contract. The most difficult comparison to make, but also the most enlightening one, is that between Hobbes and Rousseau. Rousseau criticizes Hobbes, but often inspires himself from him, and in particular in his theory of sovereignty. The comparison between the two authors usually bears on the matter of the protection of individual rights. Our approach will be to shift the center of gravity of this question by taking into account recent studies on the matter of war in Rousseau. It is on the subject of the origins and the nature of violence that the essential chiasm between the two authors occurs. For Hobbes, the State and the law put an end to a violence that pre-exists them and that rises as soon as man meets man. For Rousseau, violence and conflict have as their first point of origin the stabilization, by the State and the law, of the uneven and competitive social statuses. Hence the intimate tension which runs throughout Rousseau's work regarding the role of the State. Depending on its end and the terms of its institutions, it can equally well be described as a dominating power or a means of emancipation and harmonization of divergent interests. 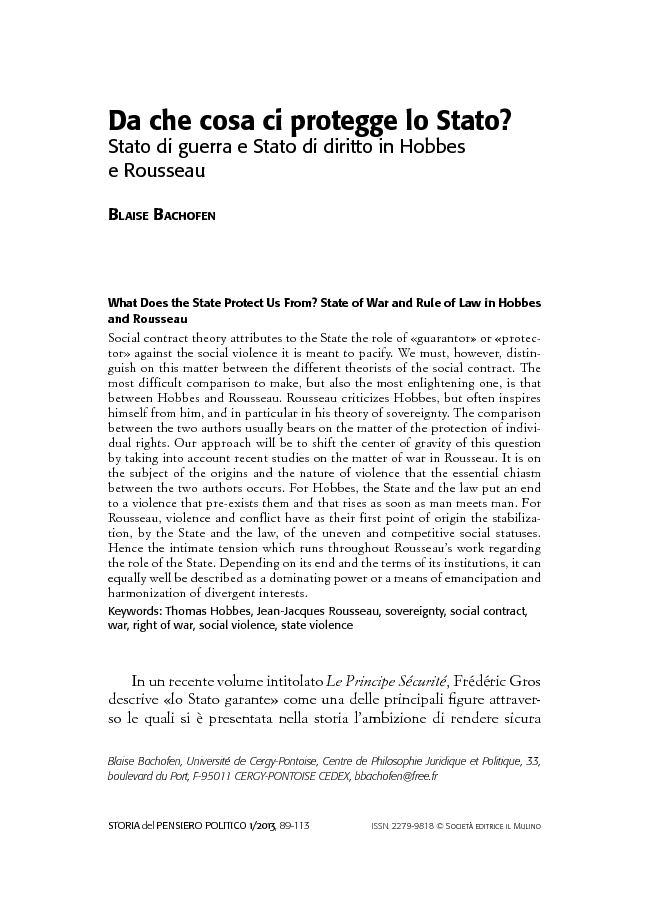