The Allgemeines Landrecht, the Prussian legal code of 1794, was a result of a long process that had already begun under Frederick II or even earlier under Frederick William I. The main character in this long work was the lawyer and minister Samuel von Cocceji, who was charged by both kings with the commission of reforming Prussian justice, and actually published in 1749 a Project of a Frederician code. Indeed, Cocceji's efforts were not successful, although they met the conditions of the contemporary learned discussions on natural, Roman and German law. The idea of a unified law for the whole kingdom was resumed in the last years of Frederick's reign and led finally to the Allgemeines Landrecht. In order to explain the continuity in this process, historians of law have developed the concept of a «Prussian school of natural law». But this idea shows some inconsistencies since this school on one side should unify very different options and on the other side partakes in all the main features of natural law theories taught in the 18th century in the German territories. 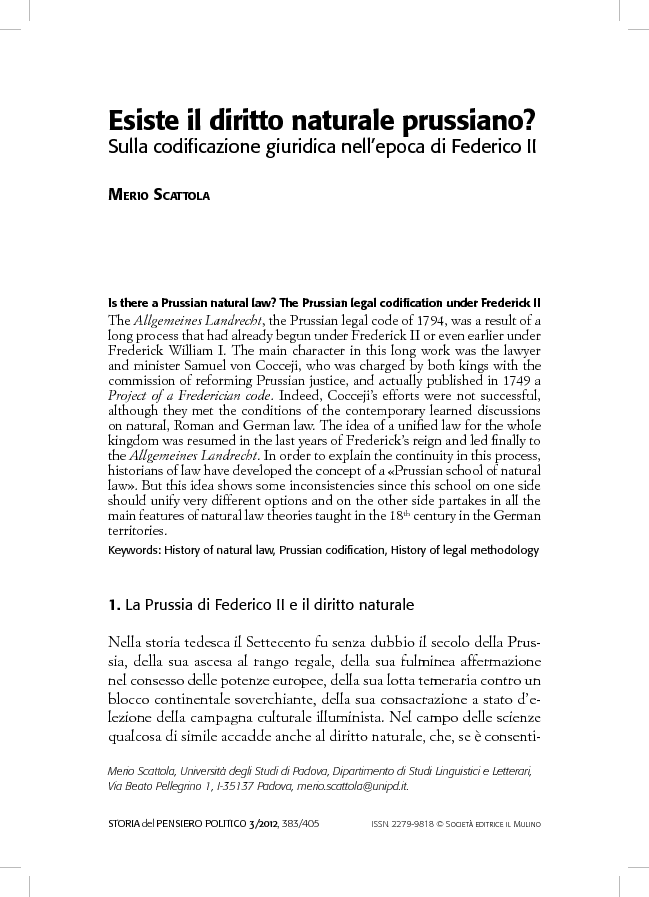