While Melville's engagement with political issues in Billy Budd is increasingly recognized in legal scholarship, his works hardly receive the attention among political theorists that they deserve. It remains unnoticed that his writings were deep- ly and directly influenced by the political philosophy tradition, especially but not only Calvinist and American resistance theories, Hobbes, Rousseau, German Idealists, and American Transcendentalists. At the heart of Melville's claim to founding a new American canon of politico-philosophical literature lay the value of resistance and individual autonomy on the one hand and, on the other, a profound skepticism about the perfectibility of man, leadership, and politics as a collective endeavor 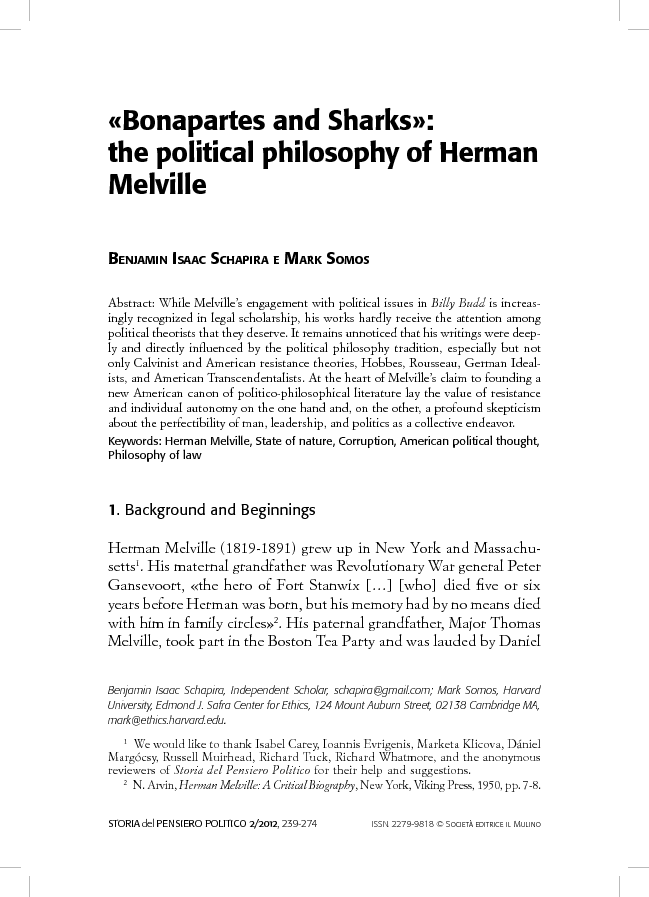