In the global era democracies are affected by strong populistic and plebiscitary tendencies. At the same time they are also increasingly «leaderless democracies». That is to say, they are political systems whose elected leaders are not really sovereign decision makers. Populism and leaderless democracy both result from globalization. However, they have two very different implications. Populism is still consistent with the Schumpeterian definition of democracy. Leaderless democracy is not. Actually, it is one of the most important features of the so-called «postdemocracy» and of a new and unprecedented postdemocratic despotism. Starting from «ancient democracy», passing through the transformations of «modern democracy», the Author reflects upon this dangerous gift of the global era, so updating to XXIst century meanings and consequences of Weber's concept of «führerlose Demokratie». 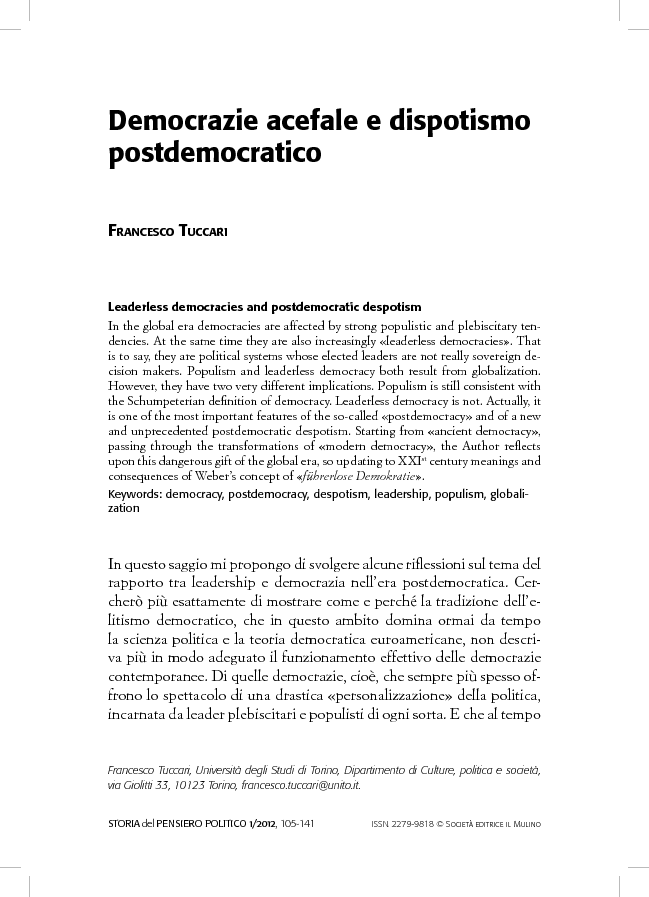