Published in 1964, the result of one of Aron’s four cycles of university lectures dedicated to «industrial society» between 1955 and 1958, La lutte de classes is – as the author himself admitted – one of his best works from a scientific point of view. In the book, the concept of «class struggle», used by Marxists as the main interpretative key of the economic and social transformations generated by industrialism, undergoes a radical critique. According to Aron, it was a political, ideological and metaphysical formula, which was not very useful from the point of view of sociological research. In order to understand the structure and the dynamics of industrial societies, it is instead more useful to reflect on the concepts of «ruling class» or «ruling minority» and the way how, within such societies, power is distributed, as well as how the relationships between social groups are structured. What Aron offers in this book is therefore an original re-elaboration of the theory of the élites. 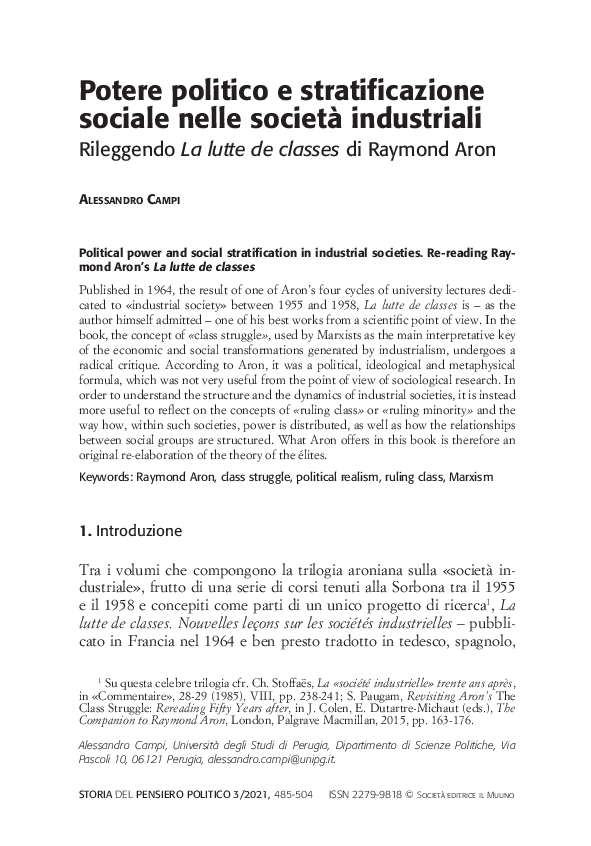