Dating back to the Risorgimento, the project of creating the «new Italians» occupied a central role in fascist politics, as a legacy of the Italianist movements of the early 20th century: imperialist nationalism, futurism, and revolutionary syndicalism. Among those who put forward proposals to implement this anthropological revolution was Count Vincenzo Fani Ciotti (1888-1927), better known under the futurist pseudonym Volt. After tracing his political evolution from the late 1910s to the mid-1920s, the essay aims to reconstruct Volt’s distinctive aristocratic version of fascist social engineering plan, through the analysis of both his articles in periodical press and his unpublished papers 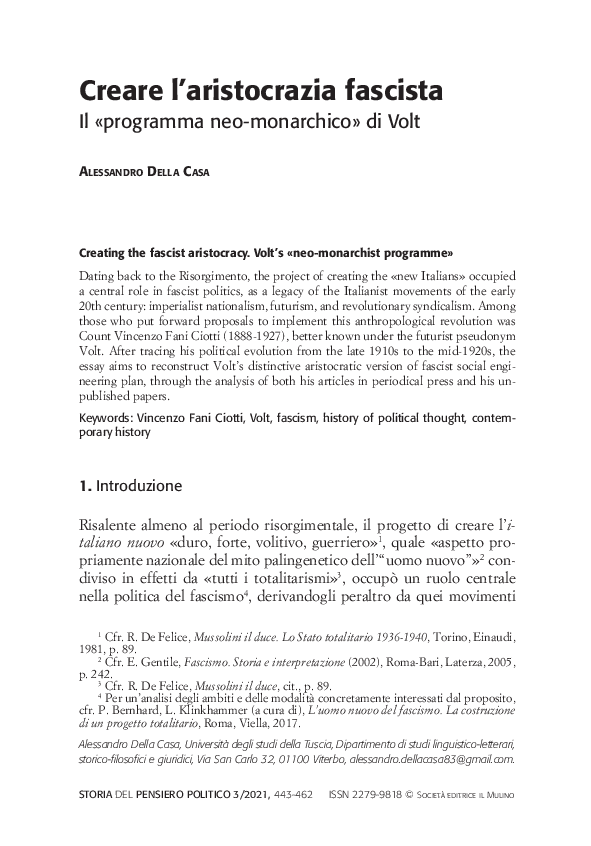