The article tries to outline a path in the colonial history of the French Antilles after the abolition of slavery focusing on the direct and indirect, public and private voice of ex-slave women, struggling with the transition from slave labour to free labour, or rather, to «wage labour harnessed». In this transition a new aspect of the process of politicization of the concept of woman as femme emerges, that is filtered in this specific part of the Atlantic colonial context through the prototypes of femme esclave and femme négresse. Combining the intersectionality perspective with important outputs of the «Global Labour History» research in long term trends, the effort of women’s self-awareness will be discussed as an issue capable to turn female labour in an existential and political space of social claims, refusal and conflict (including legal disputes), far beyond the reassuring image of the fanm poto-mitan – woman as a creole traditional community pillar. 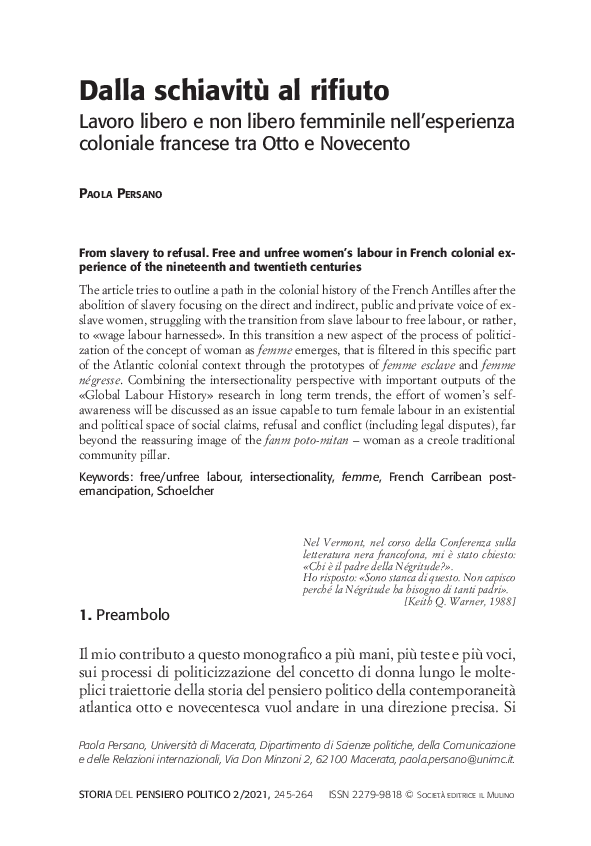