While Kant’s ideas on international law and the project of a League of Nations as a substitute for a «world republic» have consistently received great attention, Kant’s political philosophy interpreters have not devoted the same interest to the concept of cosmopolitan law. Vice versa, the thesis presented here is that cosmopolitan law – and the right of hospitality, which represents its conceptual core – have potentially broader theoretical and political implications than the ones foreseen by Kant, who, with some exceptions, seems to sacrifice it on the altar of state interests. The discontinuous evolution of international law that has been underway for a long time seems to have followed a regulatory dynamic that corresponds to the project of a «cosmopolitan condition» with which Kant took a decisive step beyond international law and solely referred to States. 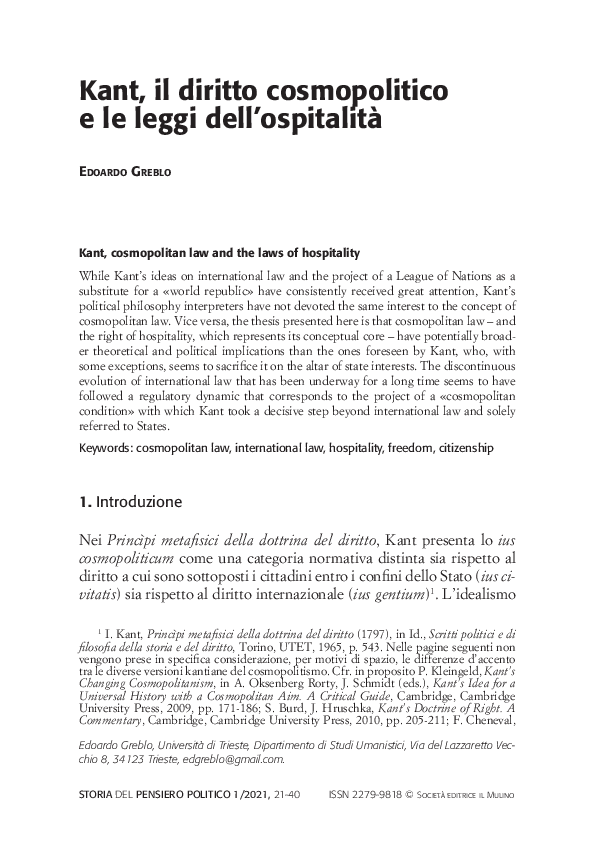