This article focuses on the hypothesis to recognize legal personhood to autonomous systems, and explores such an idea in three different contexts: contract, tort, and with regard to social robots deployed in healthcare. In the area of contract law, the phenomenon of machine-to-machine contracts raises the problem of ensuring the validity and enforceability of the transactions triggered by computers. According to some authors, these could be dealt with by conceptualizing the machine as a digital person, and then using the framework of the agent-principal relationship. In a second domain, electronic personhood is understood as an efficient solution for compensating the victims of damages brought about by autonomous systems, at the same time not hindering innovation with fears of liability. Robot carers, that undertake typically human functions, would deserve a specially protected status as a way of acknowledging the relationship – almost among peers – that they entertain with their users. Regulatory attempts and doctrinal suggestions that support this claim are analysed, in order to unveil the underlying rationales, and discuss their conceptual significance and the potential practical consequences. 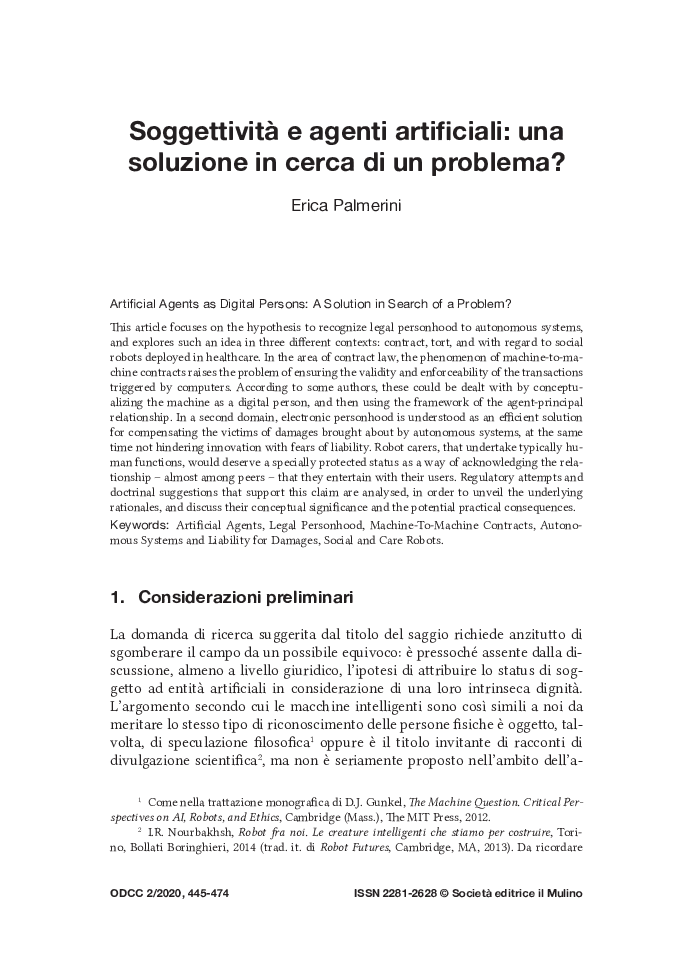