Two almost identical provisions – recently introduced in the Consolidated Law of Finance (section 194 quarter) and in the Consolidated Banking Law (section 144 bis) following the implementation of the CRD IV directive – regulate the «order to cease violation». According to these rules, which apply when the violations imply scarse offensiveness or danger, the companies may be subject, as an alternative to the fines, to a sanction. The latter sanction is represented by an order to eliminate the infringements reported, with the provision of measures to be adopted and the deadline for performance. The tenor of such orders, therefore, is not limited to a negative content, but may include positive measures, exactly like the «measures» envisaged by the antitrust legislation in relation to the so-called commitment decisions, pursuant to section 14 ter of Law n. 287/1990. Taking as role model from the antitrust sector, the basis of the orders to cease violation can be found in an underlying private agreement, and in particular in a settlement agreement negotiated between the authority (Consob or Bank of Italy) and the companies involved. 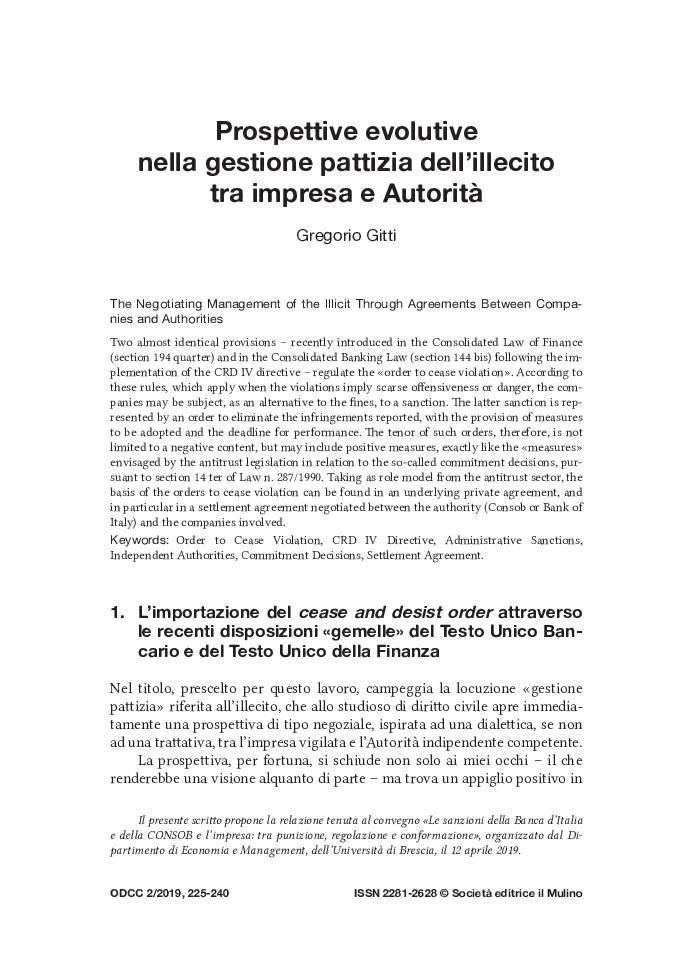