The general principle adopted by Anglo-American law as well as Israeli law was that recovery in cases of breach of contract is measured by the loss to the plaintiff rather than by the profits gained by the defendant. The principle that denied restitution of profits gained by breach of contract was supported by the theory of «efficient breach» that has been developed by the proponents of economic analysis of the law. However, in recent years the traditional approach has been questioned. The Supreme Court of Israel, in the leading case, awarded restitution of gains derived from breach of contract, and so did a number of English and American courts. However at this stage Anglo-American law did not adopt a general rule which allows restitution of gains derived from breach of contract. It opted for a more cautious approach under which such recovery will be allowed in certain circumstances. The article analyses the issue in a variety of contexts including contracts for the sale of property, payments obligations, restrictive covenants, non-competition agreements, employment contracts and building contracts. It points out instances in which disgorgement of profits is appropriate as well as instances, such as cases of «wasteful performance», in which recovery of profits gained by the breach ought to be denied. The article also examines some issues relating to the measure of recovery. 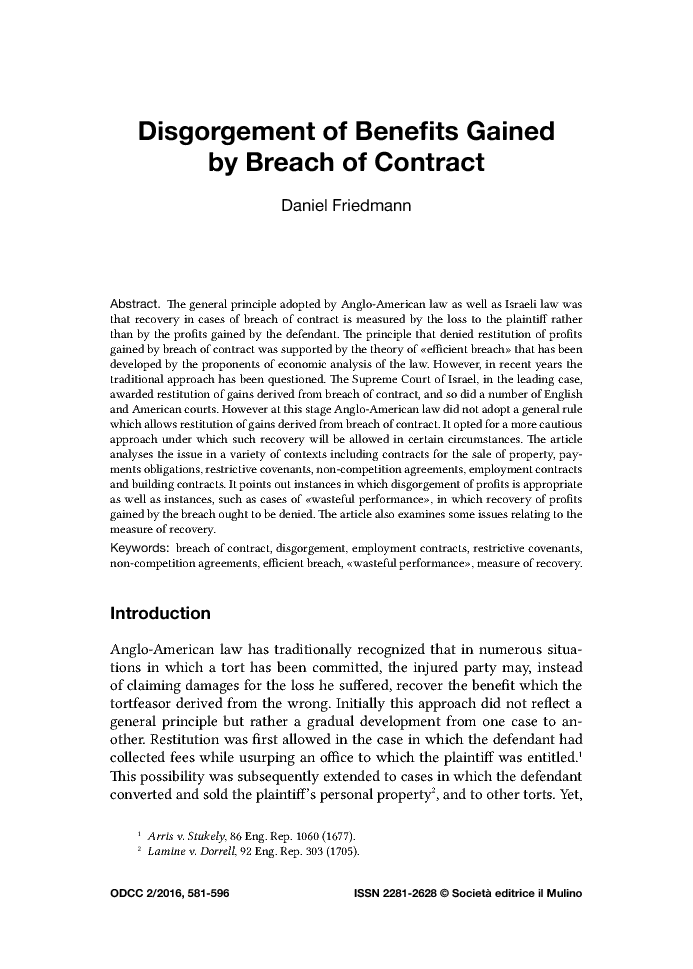