After more than five years from enactment in Italy of a statute introducing «benefit corporations», the first piece of legislation doing so in Europe, still uncertain is the issue whether benefitted stakeholders are entitled to act against the company in case the benefit program is not pursued. Whist the original model, the US Model Benefit Corporation Legislation from which the Italian legislator has taken inspiration, expressly excludes such right of action, no such exclusion is provided for in the Italian rules. Moreover, the Italian rules assign ample enforcement powers to the Italian Competition Authority in its capacity as public enforcement agency within the rules of the Unfair Commercial Practices Directive. Most commentators see this as a simple reference to the greenwashing risk generally connected to benefit companies, so that a right of action for failure by the company to pursue stakeholders’ interest is thought to be confined to consumers or competitors in so far as such failure amounts to an unfair commercial practice, and again excluded for stakeholders. This paper argues that a different conclusion may be drawn from a number of arguments and that there is room to assign to the rule designing the Authority’s enforcement powers the purpose not only to ensure efficient market transactions but also to protect the individual interests of those stakeholders who are selected in the corporate bylaws as entitled to specific benefits. 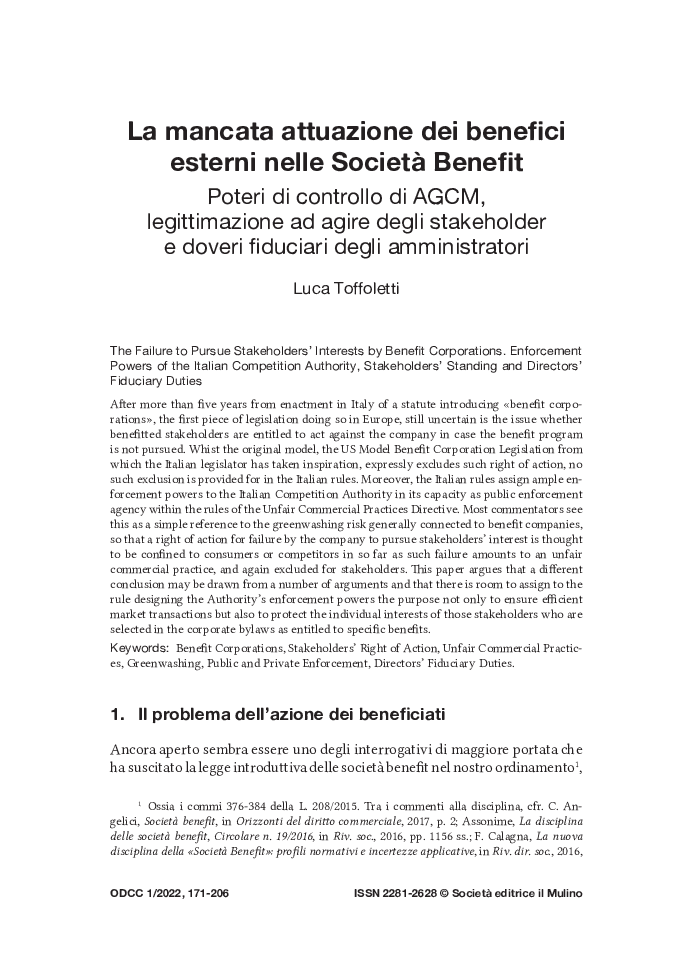