This paper focuses on Robert Alexy’s lecture “Data und die Menschenrechteµ where the German scholar discusses an episode of “Star Trekµ called “The Measure of Manµ, dealing with the rights claimed by an android named Data. The author highlights the connection between Alexy’s lecture and the main topics of his works, such as fundamental rights and the theory of argumentation. In particular, the “Star Trekµ episode builds on legal-philosophical categories, giving rise to pivotal questions in the current scientific debate: should human rights be acknowledged to an android? Is there a metaphysical distinction between men and machines? The answer given by Alexy to the latter – the soul is the connection of intelligence, feelings and consciousness, and this unity might be acknowledged even in non-human entities – sheds new light on such issues, inviting us to keep on thinking about the transcendence of the “soulµ over the information stored in the brain 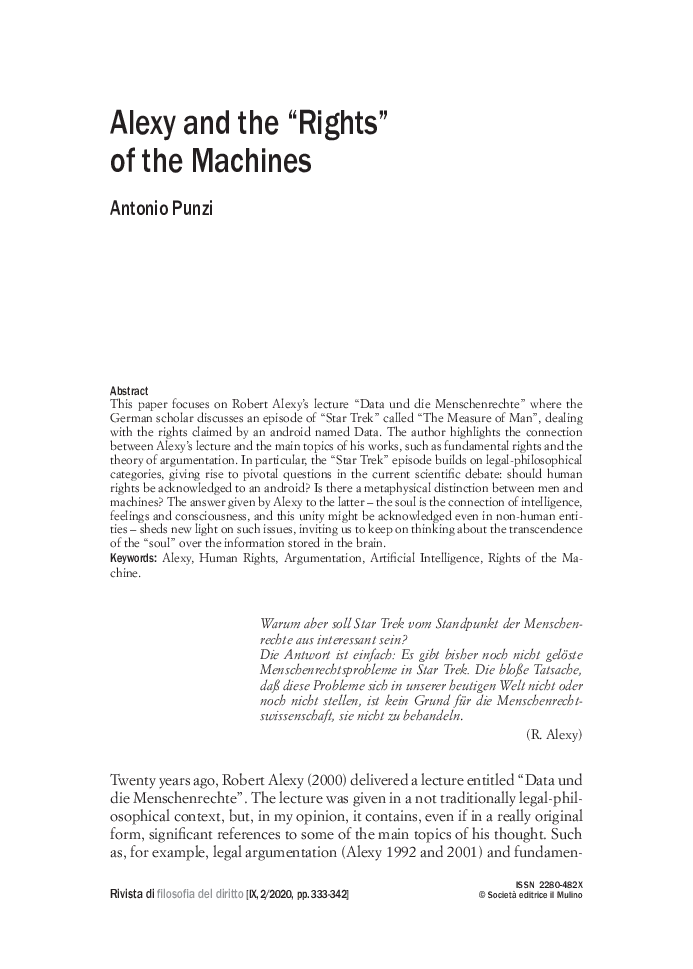