In “Antigoneµ, according to thinking of ancient Greece, there are three spatial levels of law: the sky, the earth and the underground. The modern world dismisses the relationship with the underground: the rationalistic idea that the reasons of heaven must be internalized in the individual is affirming itself. Modern spatial simplification changes the difference between friend and foe in a horizontal difference, of spaces, i.e. of states. However the particular-universal moral, that of the single subjects, has been progressively able to challenge the State, accused of being obsolete or authoritarian, and of proposing itself as the new law of the world, especially with the affirmation of international law. The particular interest becomes universal, and the opposition against the State is the sum of all those who are part of humanity: the world universe is nothing but a unique space in which political boundaries are less and less legitimate: it is a law without space. This is a change of political legitimacy, but it is not an unstoppable movement. Sovereignty, or the relationship between space-law-politics, guarantees freedom, the opposite of domination (“Herrschaftµ), and is partially governable; the universal-individual relationship is instead in itself anomic and ideological. 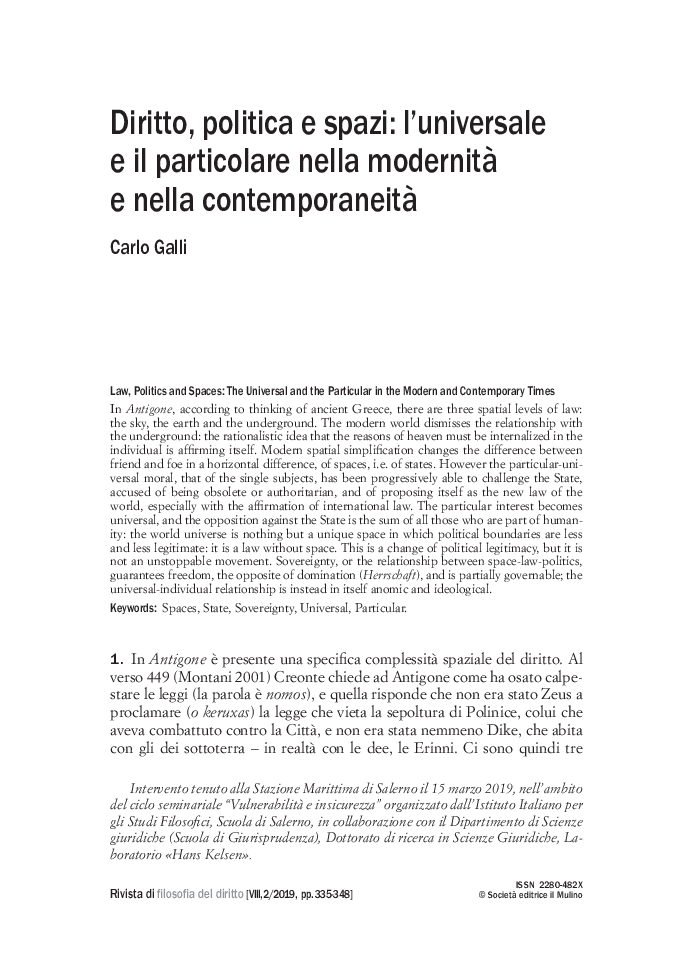