In order to realize an analysis of the relation between dignity and fundamental rights, we have to distinguish between "autonomy" and "self-determination" or "liberty". While autonomy, as expressing in political rights in the public sphere and in civil rights in the economic sphere, is a power, whose exercise, since it yields legal consequences, is constrained by human dignity, personal self-determination, as expressing in "immunity" and liberty rights, is essential to human dignity, thus it does not have any limits. Moreover, a rewording of the classic distinction between negative and positive liberty is suggested: the former is redefined "legal liberty" and assumed as the foundation of the secularity of law (and of people's legal dignity); the latter is redefined "moral liberty" and assumed as the foundation of moral secularity (and of people's moral dignity). 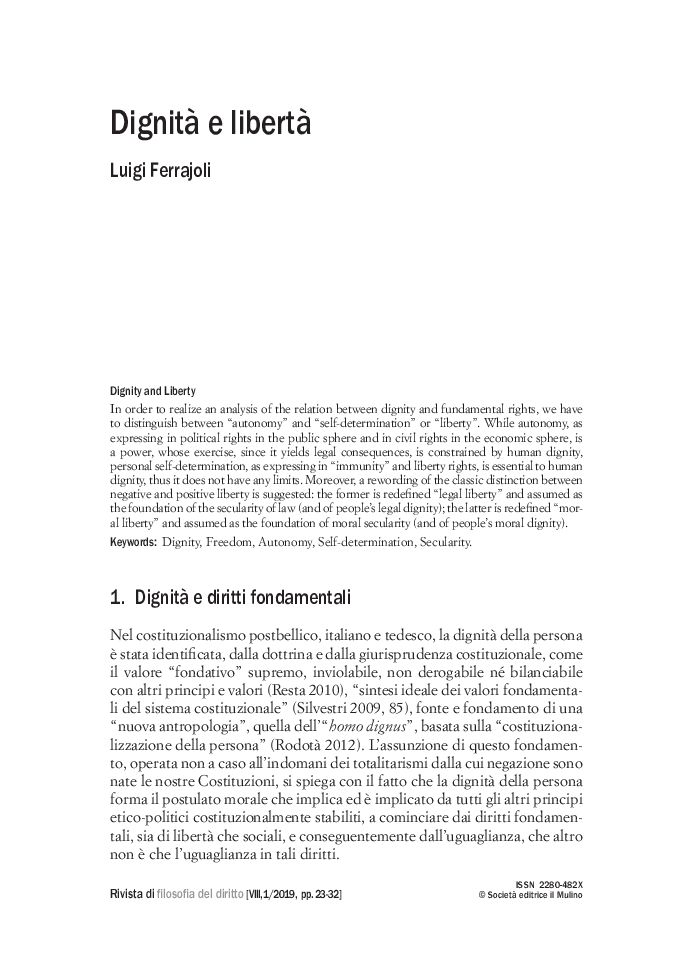