An ancient philosophical school, named anthropocentrism, does not recognize the real importance and the value of nature, considering it as a mere item which belongs to humanity. On the other hand, biocentrism puts nature in the center, recognizing its importance and its moral value. Last but not least, deep ecology states the self-realization of all living beings - human and not -, claiming their right to realize their own Self. European Law has been inspired by such philosophical schools, that is why it changed its consideration of nature since the Treaty of 1957. In those early years, European law seemed to be not so concerned about nature and environment. In reverse, the Treaty on the Functioning of the European Union states new important rights and principles. Starting from such considerations, the Author explains the role played by environmental protection in European Law, analyzing its theoretical assumptions and criticizing its philosophical foundations. 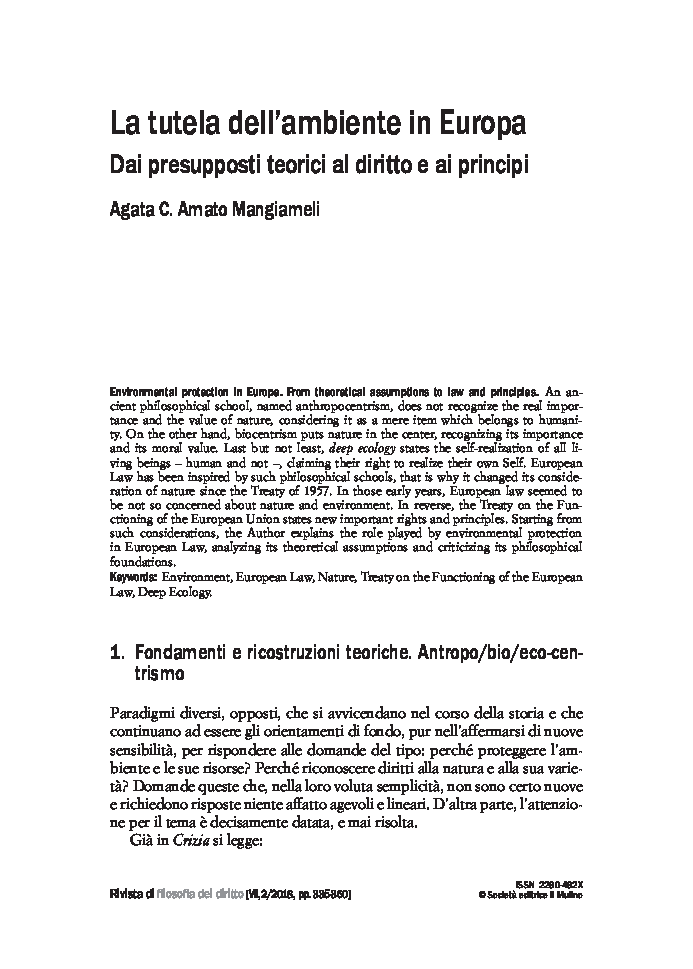