The idea of public reason lies at the heart of those contemporary liberal theories that seek to solve the problem of pluralism following the path opened by Rawls's "Political Liberalism". According to this perspective, citizens ought to discipline themselves in public discourse and present only reasons that are acceptable from everyone's point of view and are neutral towards the different conceptions of the good that are inevitably present in democratic societies. Some political philosophers have criticized this proposal, arguing that the rules of Rawlsian public reason may be disrespectful towards certain citizens, especially those of religious faith, for these rules may constitute and infringement of their moral and psychological integrity. Here, I attempt to show that, despite providing a convincing argument against the Rawlsian perspective, these critics propose unsatisfactory alternatives to it. Finally, I suggest that this theoretical impasse may be overcome by going beyond the very idea of public reason. 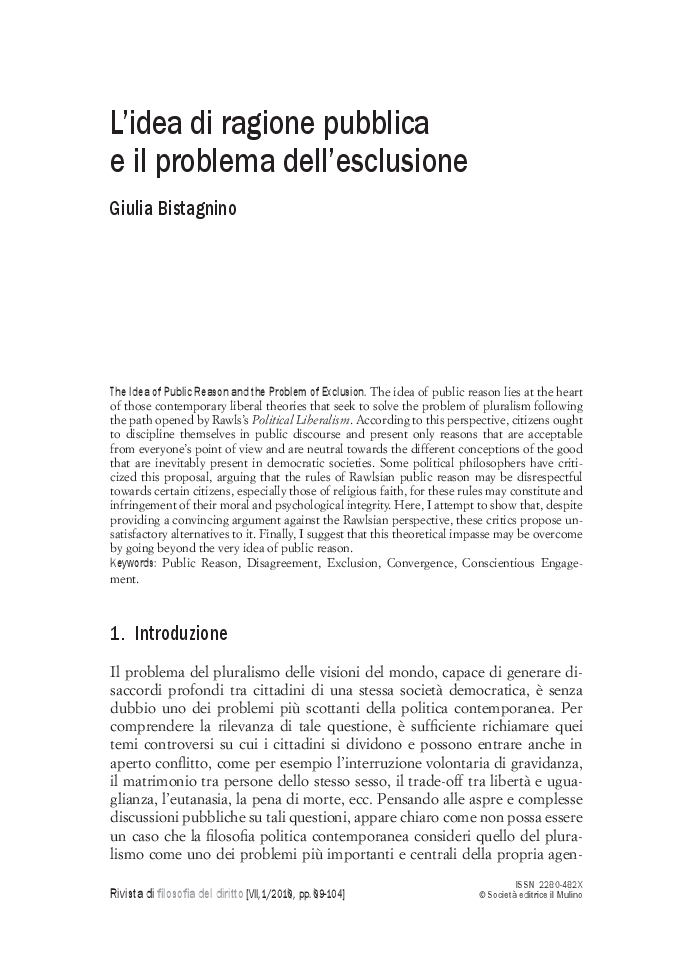