The regime of international responsibility of States has been questioned by philosophers of international law. Their main critique pertains to the fairness of the burden of its implementation on blameless individuals in that State, and especially to the fairness of their secondary (mostly financial) liability under domestic or international law (e.g., through taxation in order to pay war reparations). This has been coined the Individualist Challenge to State responsibility. This essay starts by debunking that challenge, before taking the discussion a step further to discuss a related (albeit yet unmade) argument of fairness that one may refer to, by analogy, as the Statist Argument. The Statist Argument would endorse the fairness of the current regime of international responsibility of international organizations (IOs), and in particular the absence of secondary liability of member States of a responsible IO. Addressing the Individualist Challenge and Statist Argument together, and understanding why regimes of international responsibility law and our moral intuitions about them each pull in different directions, are the two aims of this essay. The essay turns the Statist Argument on its head and argues that secondary liabilities of member States actually amount to a requirement of fairness to the individuals in those States. It thereby contributes to taking further the debate about the reform of IO responsibility law by drawing on arguments in moral and political philosophy, on the one hand, and does so from the integrative perspective of the moral interests of the individual by discussing both State and IO responsibility law together, on the other. 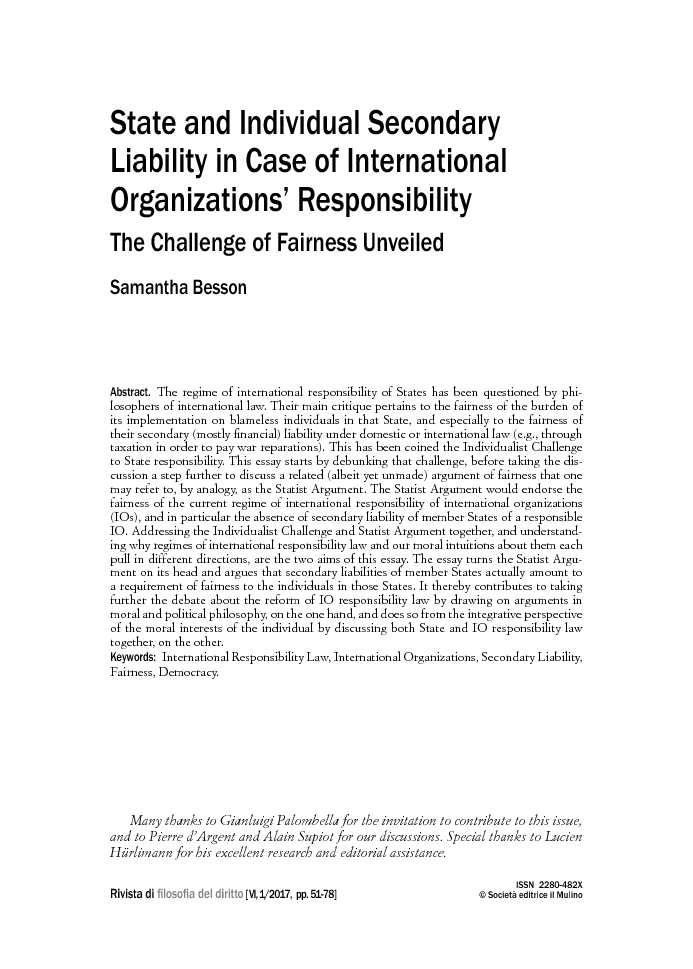