Confucianism has often been compared to natural law, mainly to its non-voluntaristic currents. However, the possibility to include Confucianism in the group of natural law theories is problematic. Recently, a few scholars, and notably Peerenboom, have challenged the widely shared thesis that Confucius and early Confucian thinkers should be mentioned in the ranks of natural law philosophers. He contends that early Confucian jurisprudence is more profitably compared to Dworkin's coherence theory of law than to natural law. The present article discusses three core points: the laws of nature and natural law, the connection between law and morality, and the basic epistemological assumptions presupposed by natural law and Confucian theories. Offering additional reasons for dismissing a parallel between early Confucian jurisprudence and natural law, this paper rejects the comparison with the coherence theory as well. 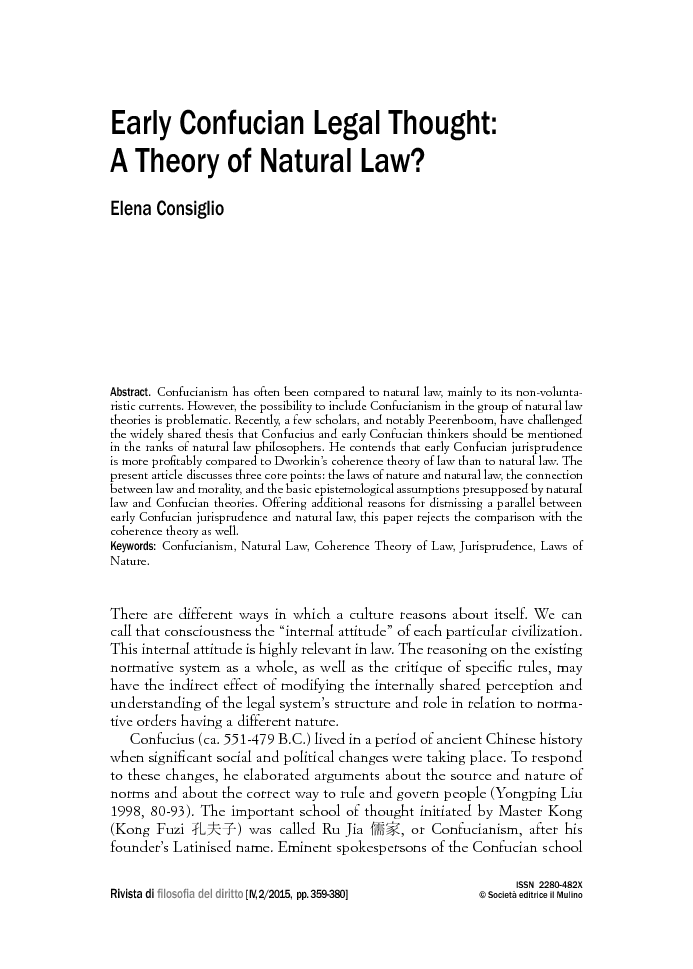